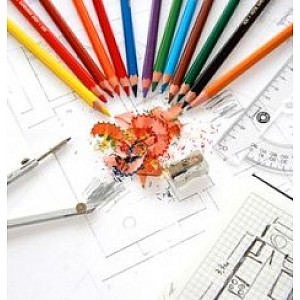 Tourism operator Explore Group is developing a range of Chinese-friendly itineraries to entice tourists from China to New Zealand during the off peak season.

The specially designed itineraries, which take in everything from conservation tours in the Bay of Islands through to visiting the Chocolate Éclair shop in Ohakune, focus on making it easy and simple for Chinese tourists to get a taste of New Zealand and what it’s like to be a Kiwi.

The travel packages are a move Explore believes will encourage more Chinese, and Asian tourists in general, into areas such as Northland, Waiheke Island, and Coromandel during the off peak winter and autumn months.

“It’s all about telling them stories and sharing experiences that allow Chinese visitors to relate to New Zealand and immerse themselves in the culture,” says Explore sales manager Carole Beggs.

“Many Chinese traveller’s perception of New Zealand is of a slightly scary wilderness, or an adventure and adrenalin destination, whereas these itineraries are designed to be effortless but intriguing at the same time.

“The ultimate goal is to encourage more Chinese tourists to come to New Zealand in the off-peak tourist period – and any time of the year for that matter,” says Beggs.

The Explore initiative comes after jointly winning an Auckland Airport competition designed to help drive tourism growth from Asian markets during New Zealand’s off-peak season of May to September.

Explore, along with YHA New Zealand, Ngati Whatua Orakei Whai Maia Ltd, and ZeaYou Travel Limited, received $25,000 each as the joint winners of the competition.

The money is being used to develop the seasonal itineraries with the aim of getting the programmes up and running early next year.

The trips – between three and four days long – include activities linked to Explore’s operations in Auckland and the Bay of Islands, but also tap into iconic events such as September’s Scallop Festival in Whitianga, and visits to popular areas such as National Park, Rotorua and Wellington.

The Winterless North goes from Auckland to Cape Reinga with stops in the Bay of Islands and at Tane Mahuta and Kai Iwi Lakes along the way; Three Seasons takes tourists from Auckland to Wellington via National Park; and Your Golden Vacation extends from Waiheke Island through to Coromandel Peninsula with a dip at Miranda Hot Pools on the drive over.

“The emphasis is on making it simple and easy,” says Beggs. “So the itineraries take the traveller on a step by step guide through a three or four day schedule where they visit uniquely Kiwi events and beautiful New Zealand cities and towns, while sampling some great food along the way.”