Benchmarking to other foreign invested companies 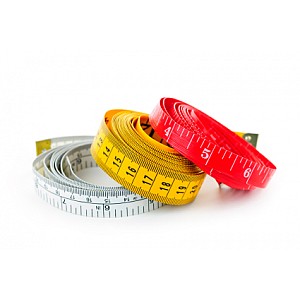 Stepping outside of the immediate New Zealand business community in China can offer a fresh perspective on what to expect. This is particularly so where your primary competition comes from other foreign invested enterprises that are doing business in China.   The US – China Business Council annual business survey is one example of this.  Set forth below is a summary of the main findings.

The overall message from US companies doing business in China was that “growth continues, competition is rising, and policy concerns are hindering new investment”.  Specific points of reference and insight are as follows:

Nearly 50 percent of companies report double-digit revenue expansion, which is pleasing, but fewer than reported in prior years.  US companies are overwhelmingly profitable (more than 80%), but increasing local competition and rising costs are combining to put pressure on profit margins.  Overall, 83 percent of companies are profitable — consistent with prior years — but at lower margins.

Policy uncertainty continues to temper executive optimism and companies have seen little tangible impact from China’s recent economic reforms.  They report little improvement in any of the top 10 doing business issues over the past year. Prospects in China have shifted from “optimistic” to “somewhat optimistic.”  At the same time uncertainty over policy direction is moderating expansion plans.

Competition with Chinese companies in China

Primary competition was still reported to be with other foreign companies in China, although it was noted that competition from the domestic industry is growing. Some respondents focus concern on preferential treatment received by Chinese state-owned enterprises.  However, survey data shows that nationality may trump ownership i.e. Chinese companies, whether state-owned or private, receive benefits that foreign companies do not. Primary support tends to be in financing, licensing, and taxation.

The lingering challenges of protecting intellectual property rights in China are well known and improvements have been modest.  The theft of trade secrets and cyber intrusions are emerging IPR issues. Almost 50 percent of companies hold back on investment and research and development (R&D) because of IP concerns.  The criminal courts are viewed skeptically, with nearly 50 percent of companies indicating that pursuing criminal cases is not a viable option.

Foreign investment restrictions in the form of foreign ownership restrictions, the Negative List, and the role out of reform in the recently launched China (Shanghai) Pilot Free Trade Zone (“SPFTZ”) still rates as a top 5 doing business issue.

Talent recruitment and retention is a major concern.  Environmental pollution is starting to impact staffing with 40 percent of companies reporting that air pollution has made it difficult to retain or assign expatriate staff to China. Pollution has also increased the use of sick leave by expatriate and local staffs.

With that said, 50 percent of companies plan to boost resources in China over the next 12 months.  US companies are paying wages to their Chinese employees at rates that are higher than their domestic competitors. Even with that difference, most companies report that they have been increasing wages between 5 and 10 percent annually for the last three years.  Wages have risen fastest among skilled technical staff and middle management positions.  Turnover remains highest in middle management positions — an indication that these employees are among the most sought after and command.

Notwithstanding slowing economic growth, the costs of doing business in China are still reported as increasing across the board.  This includes human resources, energy and utilities, materials, product and operational compliance, land, and rent.

China’s ramped-up enforcement of its relatively new antitrust and competition regime (Antimonopoly Law (AML)) has garnered significant attention in recent months. One such concern relates to the uneven enforcement of labor and environmental laws in China, which allows companies with lower standards to violate established laws and puts those who bring their international standards to China at a competitive disadvantage. Another concern is the harsher enforcement of product safety regulations on foreign companies.

Concern is held in respect of securing product approvals, investment approvals, business expansion, renewing business licenses, and even routine business activities.  In some quarters the sentiment is that “the playing field is increasingly leaning in the favor of [Chinese] national champions, who continue to increase capacity and receive preferential treatment”.   For some companies, lengthy or stalled licensing and investment approvals particularly when there is a general lack of government action to move files forward in the approval process.  Licensing delays appear to be happening at the central government level, but they decline steadily as the level of the decision maker moves closer to the local and investment zone level.

The survey reported that increased opportunity could be afforded to foreign investors to provide constructive input on how policy goals can effectively be reached without hindering business and impacting consumers.  This includes treating domestic and foreign companies equally to ensure that the market allows the best products and most competitive companies to reach consumers.

Damon Paling is a partner, customs and international trade at PwC, Shanghai.  Damon has spent the last 10 years in China practicing in the field of trade and customs.  He is a member of the AMCHAM Shanghai Trade Facilitation Task Force and co-authored the Kluwer Law publication A Quick Reference Guide to the Trade and Customs Law of China.

Damon can be reached at:damon.ross.paling@cn.pwc.com