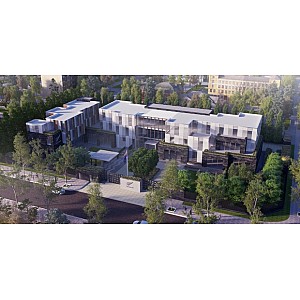 Let's try to agree on one simple point: making sure we have the right people in the right places overseas to advance New Zealand's external economic, political, development assistance and other interests is a classic example of a "work in progress".

By definition, we will never settle this "once and for all". Power - political, cultural and economic - is always changing. NZ's interests and our view of the world also change.

If someone had told me in the mid-1970s that in a few decades hence we would be exporting more than twice as much to Africa and the Middle East than the UK (which then took some 50 per cent of NZ exports) I would never have believed them. I would have been flat out wrong.

The big story of our age is the shift in relative power to the emerging economies. It is not just a China story, but that is by far the largest part of the emerging economies story. We are seeing the fastest process of urbanisation and wealth creation on a global scale the world has ever witnessed.

It still has a long way to go.

It has been estimated that as recently as 2000 only about 4 per cent of Chinese households were defined as "middle income" (ie potential customers for NZ); by 2025 this is projected to increase to a staggering 75 per cent of households. The dramatic changes this has wrought on our export economy may simply be the beginning.

This is the background to the decision taken by the Prime Minister and President Xi Jinping in Beijing a few weeks ago to raise the bar once again in terms of the level of our ambition.

When the Prime Minister and former Premier Wen Jiabao agreed in 2010 on a doubling of two-way trade by 2015 to $20 billion, I thought that was a bit of stretch, though possible as long as China continued its strong growth. In fact, we are almost certain to reach that figure before the target date. Last year our exports increased by a phenomenal 45 per cent. The annual increment alone of our exports ($3.1 billion) was roughly equivalent to adding "two Koreas" (our total exports to South Korea around $1.6 billion) in one year, and we regard our economic relationship with South Korea as very important.

As this phenomenal growth has occurred, we should hardly be surprised that we have encountered a few severe speed bumps. I would, of course, rather be dealing with the price of success than the cost of failure. But when in August 2013 Ministers reviewed our "NZ Inc." China strategy, we decided on heavy-duty upgrades of our China footprint. We needed to lift our game just to keep up.

There is a wide range of NZ agencies with China representation - Customs, Police, Education NZ and others. But three agencies form the backbone to our China effort - Ministry of Primary Industries (MPI), Ministry of Foreign Affairs and Trade, and NZ Trade and Enterprise.

In the view of ministers, the most obvious need was to increase the number of experts from the Ministry of Primary Industries since they are crucial to keeping markets open for New Zealand.

It will take a little time to have all the right people in place, but by 2015 we will have gone from literally one MPI professional in China in 2013 to seven.

The Ministry of Foreign Affairs and Trade (MFAT), the key co-ordinating Ministry in the relationship, will be adding seven new positions to its China operations, and has recently beefed up the number of Wellington-based policy officers working full time on the China relationship.

The commitment of NZ Trade and Enterprise (NZTE) to the China relationship is similarly being upgraded.

The context here is a bit broader than China alone. The Prime Minister recently announced a funding boost for NZTE of an additional $69 million over the next four years to enhance our capacity to drive further the Government's strategic objective of increasing by 10 percentage points the share of GDP in exports (from 30 per cent to 40 per cent by 2025). There is a domestic component to this too: given the strong demand for NZTE services, the number of exporting companies to receive intensive advice and help (the 500 companies NZTE works with one-on-one, seeking to double the portfolio's international revenue by 2025) will be expanded over the next two years to around 700.

Part of that additional funding will definitely be allocated to upgrading NZTE's footprint in China. NZTE already has 62 staff in China, the large majority of which are of course locally employed. But we will be adding seven new positions to this total.

NZ business visitors to Shanghai will already be familiar with "NZ Central", a facility in Shanghai that is available for NZ companies to utilise. Since the Prime Minister opened NZ Central in 2009, more than 30,000 guests have visited the centre for almost 1400 events.

But when it comes to real estate, the showpiece of the NZ presence in China will be the new NZ Embassy in Beijing. This is a $40 million project, being built on the site of the existing Embassy and Ambassadorial Residence. It will be built fit-for purpose.

As you can see from the representation above, it will be a distinctive, modern building conveying the right message to all our Chinese visitors about the NZ brand.

It is not just a numbers game. The quality of staff needs to be maintained at a high level and language skills are essential.
MFAT and NZTE have always had Chinese speakers in their teams and I am delighted that MPI are now committed to having in any one year two to three expert staff in language training.

Finally, we are talking here about a true NZ Inc. approach and this cannot be a matter for Government alone. It is, in my view, essential that NZ businesses with a strong interest in the China market think carefully and strategically about their own business plans and the quantity and quality of the human resources they are assembling to meet the immense opportunity we have.

This is not an easy market and requires a strategic approach. If you are running one of those businesses and are in doubt about the right way forward, come in and talk to our China experts in MFAT and NZTE. They have their own experts, clusters of mentors and advisers that can help you at least start to ask the right questions.

New Zealand has the right suite of goods and services to offer the Chinese people.

We have the best possible political relationship and the platform of a comprehensive FTA that other countries would love to emulate. It is now up to all of us involved in this extraordinary venture to make things happen.

This article was first published in the New Zealand Herald