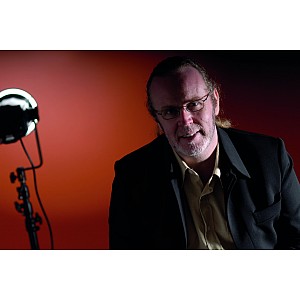 During the Volvo Ocean Race earlier this year, it was interesting to see a Chinese entrant for the very first time. The yacht was sponsored from Sanya City, China’s southernmost city on the south coast of tropical Hainan Island and the country’s biggest tourism destination. This sponsorship is an example of China’s developing policy on tourism, and on Hainan Province in particular. The policy presents many opportunities for which New Zealand firms are very well placed.

While much of New Zealand’s trade with China has necessarily been through the main centres, there is a growing awareness to diversify where possible and recognise that China’s provinces tend to act quite independently. It is often difficult to have nationwide or even inter-provincial structures, agreements or effective partnerships.

Traditionally a source of fish, agriculture and pearls for mainland China, Hainan Province was only recognised as a separate province in 1988 and was subsequently nominated to be China’s largest Special Economic Zone. The island province sits on the same latitude as the Hawaiian islands (18°N) and, dubbed ‘the Hawaii of the East’, it has become increasingly attractive to China’s rapidly growing middle classes.

Indeed, with almost 30 million visitors in 2011, the strains and pressures are already very evident, and this is one of the big drivers for a rejuvenated federal, provincial and municipal policy framework.

In December 2009, China’s State Council announced ambitious plans for Hainan in order to elevate it into a world-class tourism destination by 2020. Since then, a tremendous amount of civil and private development has ensued, including airport extensions, a high-speed rail network and innumerable individual developments. This has given rise to some concerns, widely covered in a recent report from the World Travel & Tourism Council. This comprehensive report (www.wttc.org/site_media/) offers a wide view of the number and nature of opportunities available within Hainan.

Between 2011 and 2015, more than 15 major resorts and around 65 five-star properties are scheduled for completion in Hainan. Many more developments are planned. By 2021, it’s estimated that travel and tourism will contribute NZ$51 billion per year to Hainan’s GDP, with 2.6 million jobs directly connected. It is the only Chinese province to allow visa-on-arrival entry for foreign visitors, and is trialling an increasing range of duty free shopping outlets at the province’s airports, a first for China.

More than 13,500 new yacht berths are planned by 2015, along with a massive growth in leisure boating infrastructure. In addition, rules on lengths of boat stay are favourable – encouraging Hainan as a regular stopover on the East Asian seaboard.

Hainan already has Asia’s largest golf facility, the Mission Hills Resort, but there are 26 other golf courses, with 40 more under construction. Hainan staged two of last year’s big ticket world golf events: the Star Trophy and the World Cup.

Hainan is rapidly developing its MICE business too, with a range of convention and meeting facilities being developed. Many developers are seeking active partnerships in developing theme parks (for which they can receive generous land grants), and will centre around concepts such as movie parks, natural heritage, coffee culture, and the future Space Centre and Satellite Launch programme in Hainan’s Wenchang district.

Some 60 cruise ships a year stop over at the resort island, carrying 230,000 passengers in 2010 alone. Even so, it has been frequently reported that apart from walking on beaches and eating in restaurants, many tourists can find little else to do. There is a strong need for a much wider capacity in activities such as marine recreation, adventure activities, wider sporting facilities, game parks, and so on.

In late 2010, the new East Ring Intercity Railway opened, with trains operating at 280 kilometres per hour. The West Ring is due for completion in 2015.

Both airports at Haikou and Sanya are going through major upgrades, and a new airport is scheduled for completion by 2015 in the city of Qionghai, servicing both that city and the nearby city of Boao.

The province has concerns about energy generation, clean water supply and so on. Plans are underway for various clean energy projects in the west of the province, as well as several coastal desalination plants and their associated pipeway projects.

The ongoing supply of goods and services for more than 30 million tourists a year (not to mention the nine million inhabitants) represents an excellent market for New Zealand food, wine, health products and supply services. Until now, the logistics infrastructure in Hainan has been inadequate, but this too is changing rapidly.

Human resource and training requirements to service all this growth is going to be immense and even now, Hainan suffers from insufficient education and training facilities. One common complaint relates to poor service and insufficiently trained hospitality personnel, stemming from a lack of tertiary and vocational courses presently available – a situation that will continue to intensify.

All this development has to be balanced with concerns over the environment for the non-tourism economy – especially agriculture and established rural communities, irrigation and water, waste management, land-use and ongoing resources planning.

In almost all the areas mentioned in this article, the Hainan government either directly seeks expert foreign partnership, or encourages these on behalf of private interests. The breadth of opportunity for engagement in a single Chinese province is unprecedented, and an open invitation has been issued to all capable, interested parties.

However, New Zealand firms seeking these types of discussions will naturally have to marshall their Chinese connections and skills, as well as take a robust approach towards determining ideal partners, appropriate officials and an above-board approach.

Relationships will need to be cultivated at provincial and municipal levels, as well as with licensed private development firms.

But this is the future of trade with China in many respects. New Zealand is recognised for its expertise in many of these areas, and our trade must necessarily be more than logs and tins of milk powder. The country with the world’s largest population is gearing up to supply its people with all the middle (and upper) class luxuries that countries like New Zealand have enjoyed for decades, and we’re invited to participate economically.

Specifically in Hainan province, specialist Kiwi consultancies and service providers, designers, large and boutique food and beverage suppliers, construction specialists, training providers and so on, should all be taking a close look at participating both in the development and in the ongoing supply of one of modern Asia’s biggest tourism developments.

Michael Holt is a New Zealand businessman who has lived in Hainan with his Chinese wife and family since mid-2011. He is a principal of Auckland-based design firm gardyneHOLT and runs Eden Education – an education business in Haikou. Email mike@edengroupchina.com or visit www.gardyneholt.co.nz or

www.edeneducationchina.com
This article was first published in the Exporter

We would love to hear from you if you are living and doing business in not just the Chinese metropolis. Please contact Luke Qin at luke.qin@nzcta.co.nz