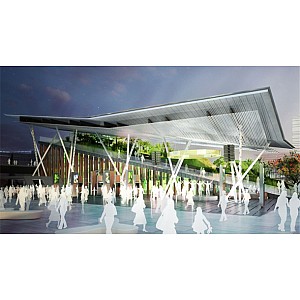 Over the last decade, China has had a growing impact on the New Zealand business landscape. Increased Chinese investment has resulted in much needed capital flowing into New Zealand by way of acquisition, joint venture and alliance arrangements. However, different cultural and legal backgrounds can create difficulties in ongoing business relationships if not managed correctly.

The different approaches are very relevant in relation to corporate governance and commercial objectives. In this article we focus on these two aspects and suggest ways to effectively manage these differences in a cross-cultural business.

To a large extent, Chinese businesses reflect the social, political and cultural traditions of the Chinese society. Traditions that underpin commercial life in Chinese society include building Guan-Xi and long term strategic planning. The influence of the Chinese government on the economy is also significant.

Guan-Xi literally means ‘relationship’, but can be better described as ‘circle of trust’. The development of a Guan-Xi web depends upon kinship, friendship, clanship, geopolitics and connection with the ruling class. Guan-Xi can also be formed with long term business partners who place loyalty before profit.

Chinese have traditionally favoured long term strategic planning. From the Chinese Government’s perspective, planning involves setting social, political, environmental and economical targets for the nation. This is evident in the Government’s systematic introduction of its Five-Year Plans, which aim to incrementally improve the living and economic standards of the people in China. On a smaller scale, family members traditionally plan together for the purpose of building family dynasties or enhancing the wealth of the community in which they live in.

The separation between ownership, directorship and management is clearer in Chinese listed companies. The Chinese Company Law was introduced to regulate the governance structure of listed companies in an attempt to align the corporate governance model with the international listing codes. However, studies have shown that many Chinese listed companies still, in substance, follow the traditional Chinese governance model. In many ways, the concept of an ‘independent director’ is contradictory to the Chinese traditional way of doing business, which is based on ‘Guan-Xi’.

In New Zealand companies, the shareholders appoint a board of directors, who in turn appoint officers and managers to manage the day-to-day running of the company. In most circumstances, the board has effective control over the company and is responsible for the company meeting its objectives. Although not always the case in smaller entities, ideally directors and managers are appointed based on their competence and skills rather than Guan-Xi.

The New Zealand Companies Act 1993 imposes legal requirements on the board of directors to protect the interests of all shareholders and of the company (and, in certain circumstances, the company’s creditors). Legal requirements include ongoing disclosure obligations, a duty to act in the best interests of the company (albeit with exceptions in a joint venture scenario) and a duty not to trade recklessly among other things.

Because the New Zealand Companies Act imposes different requirements on directors, shareholders and management to the traditional Chinese corporate governance model, compliance with these requirements could be challenging for Chinese investors. Here, a cross cultural advisor or Si-Ye plays a crucial role in winning the trust of the Chinese investors and in building a good Guan-Xi.

Chinese investors should note that with the increase in number of Chinese companies working with companies in the Commonwealth countries, the Chinese regulatory system is gradually adopting Commonwealth company law. An example is the enactment of the New Company Law of P. R. of China (2006) and other law reforms that attempt to align Chinese corporate governance standards for large corporations and listed companies with international standards and guidelines.

From a Chinese business development point of view, early education and compliance with the standards in New Zealand may assist the company in its expansion.

As a communist country, China’s idealistic goal is to improve the wealth of the collective. New Zealand’s economy is more classically capitalist and emphasises the efficient development and use of resources and the creation of individual wealth.

For example, the Chinese Government’s ‘Going-Out’ policy (which was commenced in the 1990s) relaxed the regulatory restrictions on SOEs and private companies investing overseas with social and economical purposes in mind. The economic objectives of the ‘Going-Out’ policy include:

The expectation is that auxiliary social effects will follow from achieving the economic targets, such as inspiring innovation and creativity in the younger generations, allowing a gradual shift away from hard labour to intelligence based jobs, increasing global competitiveness of local talents and ultimately improving the working and living standards of the people.

Private companies and individual shareholders also benefit from this policy because overseas investment is a good way to diversify assets, grow business, extend family dynasties, promote migration and access overseas education. As a result, many have adopted this approach.

The New Zealand company model has been built on the capitalist concept of increasing shareholders’ capital. Generally speaking, the primary objective of New Zealand business is to maximise profit and most commercial activity will be in pursuit of this key goal.

Dealing with the cross cultural challenges

Separation of ownership, board and management

Chinese investors are likely to be unfamiliar with the New Zealand requirement for a division between the roles of shareholders, directors and management. It is not unusual in New Zealand companies (particularly smaller companies) for shareholders to also act as a director and/or manager. However, when the New Zealand and Chinese parties wish to collaborate they must be clear from the outset that there is a separation of the powers and responsibilities of each of these positions.

One way of dealing with the expectations of each party is for the parties to enter into a well drafted shareholders’ or joint venture agreement clearly setting out the rights of the shareholders to appoint directors as well as the specifics of how the company will be managed and administered.

Where family members are involved in the business, issues such as succession to particular roles should be made clear. Chinese businesses tend to be very family orientated and there are expectations that relatives and members of the next generation will, regardless of qualification, take on the role of any retiring or deceased family member. This is an issue that needs to be very carefully understood and agreed.

Where profit maximisation is not the number one priority for a multi-cultural business, measurement of performance can be difficult. For example, difficulties will arise where one party is seeking a short-term return on capital but the other is aiming for long-term strategic development in markets beyond New Zealand and China.

The commercial drivers of both parties should be raised at the outset of negotiations to allow the parties to agree a unified long term approach. Again a well drafted shareholders’ agreement or joint venture agreement will assist by clearly setting out the primary objectives of the enterprise.

Talk to your legal and business advisors

Spending that time upfront and discussing possible approaches with your legal advisers who understand both Chinese and New Zealand culture is crucial for businesses that are looking to building a positive long term Guan-Xi with their partners.

Lilly Shi is a solicitor in Kensington Swan’s Corporate Advisory Team. Kensington Swan is a full service corporate law firm based in Auckland and Wellington with experience in cross-border mergers and acquisitions.

Lilly is fluent in written Chinese, and spoken Cantonese and Mandarin. Lilly.Shi@KensingtonSwan.Com