A New Approach to China Procurement

<< To China and Beyond: An SME Perspective 10 Warning Signs That Your China Deal is Too Complicated >> 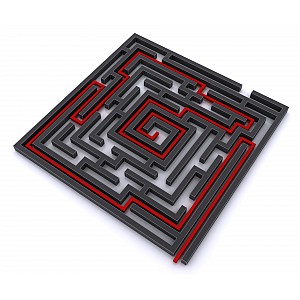 China's procurement environment is changing under the weight of both old and new trends, and procurement managers worldwide must adapt to a new opportunity landscape. A different approach is now required that takes advantage of China's more sophisticated manufacturing base.

For the past 10-15 years, China has been the undisputed darling of purchasing managers worldwide. The goods Chinese suppliers export to the EU and US range from apparel and electronics to heavy machinery, all of which have grown steadily in the past decades to place China in the number one spot for overall exports volume. Exports of machinery and equipment to developed countries have particularly enjoyed rapid growth over the past ten years (see chart below, right). But since 2006-07, new issues such as an appreciating currency and increasing labour costs have started to impact both the real and perceived competitiveness of China as a source of manufactured goods. How should a procurement manager re-assess China in the light of these and other changes? How can they assure that competitive advantage is gained by investing in a China sourcing operation? How to benefit from the long-term trends and evolving landscape of China’s manufacturing base?

Labour cost increases and rapid rises in input prices, mostly for commodities and energy, were a significant problem for the Chinese manufacturing industry in the years preceding the global financial crisis. The crisis provided a brief respite, with declining exports and capacity utilisation releasing upward pressures on prices and wages. But since early 2010, the trend has resumed, with labour costs increasing by 14.3% in real terms in 2010, and PPI inflation reaching 5.5%. Not only is labour becoming more expensive, but there is also a shortage of experienced white collar workers, engineers and managers which are increasingly in high demand.

In addition, the Chinese government is allowing the gradual appreciation of the renminbi, with has risen by 21% against the US dollar over the past five years. With pressure from the US and other developed countries for China to further appreciate its currency, this trend is likely to continue for the foreseeable future. Other trends that are not new but continue to plague the Chinese manufacturing base are intellectual property protection; weakly defined and poorly implemented quality management processes; governance issues in supplier selection and management; and inconsistent product quality.

There are also more recent discernable trends which are negatively affecting the pricing and availability of Chinese exports. The government is increasingly implementing trade restrictions such as export bans or export quotas, and also reducing VAT export rebates and in some cases placing export duties on certain commodity-type products, especially energy-intensive goods or low-value-added processed raw materials. On the other hand, newly emerging or existing sources of manufactured goods, such as Vietnam, Thailand, Malaysia, Indonesia, and the Philippines, have started to look comparatively better from a labour cost perspective. Governments across the region have started implementing some of the policies that brought success to China’s leading export manufacturing industries, and are offering increasingly attractive investment incentives to manufacturers. Procurement managers across the globe are under pressure to evaluate these up and coming low-cost countries, and determine the best approach for avoiding increasing costs in China and taking advantage of these opportunities.

Estimating the extent of change

From our experience in China and our understanding of China’s manufacturing strengths and weaknesses, none of the trends described above are surprising. They all fit into the mould of the long term income rise of China’s population, as well as government policy goals of increasing the value added of local manufacturing, reducing the country’s energy and raw materials dependency, and shifting the growth engine of the economy away from export-oriented manufacturing towards a more balanced portfolio of investments, including boosting local consumption and the service exports are forecasted by MEPS to fall by 37% this year, while seamless tube exports will only see a modest 8% growth. To better understand how to take advantage of this shifting China procurement equation, we need to re-assess the key elements of China’s traditional manufacturing competitiveness. What began 30 years ago as a cheap labour outsourcing base for unsophisticated goods has changed dramatically to become a continent-scale country of widely varying costs, standards, capabilities and business environments.

In terms of labour costs, cost to company per employee is increasing across China due to uneven supply, high demand, inflationary pressure, organised labour demands, and growing social spending requirements. But Western China still offers large pockets of very reasonable wages for skilled and semi-skilled labour, and foreign and local manufacturers in China are increasingly taking advantage of this. While it is true that wages are rising quickly in coastal regions, labour productivity gains due to investment and technical upgrades, especially in the machinery industry, have kept pace with the rise in labour costs (see chart above, left).

Chinese exporters of manufactured goods are also taking advantage of the massive local market. The demand for new plants, equipment, infrastructure – often one third to half of world demand – has created significant economies of scale and of scope for most of China's manufacturing sub-industries. The competitiveness and innovation in the construction machinery sector, for example, have primarily been driven by the country’s infrastructure build-up over the past 15-20 years. The same effect has benefited the producers of steel commodities and structural steel, construction materials, trucks, barges, electrical equipment, power generation equipment, etc. The infrastructure build-up and procurement demand, initially fuelled by foreign-invested companies and with some assistance from government procurement policies, government-approved projects, and the availability and low cost of land and capital, have generated a highly competitive and increasingly sophisticated plethora of local producers that are now dominating the Chinese market and aiming for global expansion.

The size and growth of China’s manufactured goods market is in effect supporting a self-sustaining cycle of cut-throat competition that features innovation, capacity expansion and upgrading, and ‘learning by doing’. Suppliers and clusters of suppliers compete with each other but an engineering talent pool and the related innovation usually travels freely and contributes to China’s overall manufacturing competitiveness. They take advantage of the more than 600,000 students who graduate with engineering degrees every year, excellent transport infrastructure, especially in coastal regions, and generally supportive government policies favouring Chinese high value added manufacturing. As industries across China consolidate and manufacturers grow and become more assertive in their quest for value-added production and profitability at home and abroad, firms sourcing from China must address the following question: How can we protect and consolidate our savings in sourcing capital goods from China through the establishment of a China procurement operation? At the same time, how can we move to the next level and take full advantage of an increasingly sophisticated manufacturing base?

A new approach: Drawing in the supplier and sourcing goods of increasing complexity

The structural changes in China’s competitiveness across the sourcing spectrum will require procurement managers to shift some of their commodity spending from China to other LCCs, while increasing their orders of machinery, complex parts and high-value added consumables in China. In our view, the key to taking full advantage of a broader spectrum of cost and feature innovation present in the Chinese market is to move from a customer-supplier model of price-based sourcing with strictly dictated specifications and standards to a partnership-based approach where the supplier takes an active part in the overall project and in specifications design. This would entail a structured and patient exchange of ideas, a deeper understanding of Chinese manufacturing practices and standards, and above all, an open mind from both the customer and the supplier. Commercial practices would also require modifications. Contract management with Chinese suppliers generally relies less on contract enforcement and more on relationship management, so many of the standard contractual clauses traditionally used by international procurement teams are either not applicable or not enforceable in China, and thus create unnecessary burdens on suppliers and ultimately increase the total costs of the contract.

Ultimately, a sophisticated foreign buyer of Chinese capital equipment will probably need to adopt a number of Chinese standards, practices and approaches – all without compromising quality, environmental and labour protection standards, or good governance.

Note: This article originally appeared in the section China Sourcing Strategy of the September 2011 edition of The China Analyst.

<< Strategy  < To China and Beyond: An SME Perspective | 10 Warning Signs That Your China Deal is Too Complicated >