Translation vs. Transliteration in Converting Brand Names to Chinese

<< 10 Warning Signs That Your China Deal is Too Complicated Negotiating in China. 2 Speed Chinese Dealmaking: Fast & No. >> 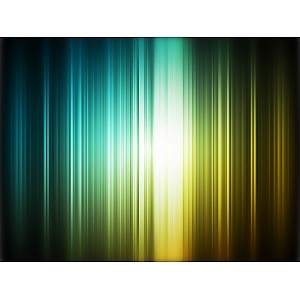 An important aspect of any foreign company investing in China is how to present the company name and any associated brands while in the country. This matters, as it is mandatory for all company names, whether in English or any other language, to be converted into Chinese.

For businesses, the Chinese name will appear on the business license and other corporate documentation, business cards, office/factory signage and be the corporate China face of the company. For brands, these conversions into Chinese are submitted as part of trademark and brand name applications, and will then appear as your brand for the China market. It is important to get this right, as this apparently simple area is littered with colossal mistakes. Using purely “translation,” as is often advised by many would-be overseas China-focused lawyers, doesn’t actually do the job.

The conversion of a brand name into Chinese should follow not just one, but two protocols. Typically, a translation will provide for a literal translation of the original name into verbally similar Chinese, and then rewrite that into Chinese characters. It sounds, on paper, fair enough. However, certain Chinese characters can sound almost identical. Pronouncing the word “gao” for example in Cantonese can, depending on tones, refer to a dog, the number nine, or a penis. They sound similar, although the characters are completely different. Beware then, using the wrong character when choosing the correct sound, as such nuances can obviously have serious connotations if not appreciated.

Similar pitfalls exist even more so in Mandarin, where even the mighty have had problems. Coca-Cola when originally entering the Mainland China market, opted for a translation that allowed the verbal pronunciation of the brand to be similar to the English. This was provided. But what the Chinese characters actually spelled out was “Bite the Wax Tadpole” which may be amusing, but wasn’t the marketing ploy the company had intended. Coke had to resubmit their entire trademark applications with more suitable work, during which time someone else had trademarked the characters they should have used all along. It cost a fortune to get them back – the stories of name rip-offs are often the result of relying purely on translations and not going the extra mile.

Relying purely on the translation of company names into Chinese is obviously not enough. What is actually required is transliteration – in which the verbal pronunciation is matched up with the appropriate written characters. It is, by definition, the practice of converting a text from one script to another, and often in a systematic way.

China unfortunately is littered with the work of obvious, and nonsensical translations of English names into Chinese, they are almost too numerous to mention, yet could have easily been avoided. On the other hand, a smart transliteration can make a huge difference, both in immediate brand awareness and in sales. The Japanese casual clothing brand Uniqlo for example were nowhere to be seen in China a couple of years back, but now are everywhere and sales are booming. It certainly helped that the transliteration of Uniqlo means “Excellent Government Warehouse” a name that may seem slightly odd in the United States (Army Surplus is probably the closest) but in Chinese is regarded both as a smart transliteration and has connotations of government-sanctioned quality.

When converting names and brands into Chinese then, it is important your advisor or lawyer offers not just translation, but transliteration. A jumble of nonsensical characters defining the brand image denotes a lack of thought towards the Chinese consumer and will turn them off – even if phonetically they sound similar to your intentions. Transliteration is the correct way to go, and caters for professionalism and brand sensitivity for the Chinese consumer.

This article has been kindly supplied by China-Briefing.com

<< Strategy  < 10 Warning Signs That Your China Deal is Too Complicated | Negotiating in China. 2 Speed Chinese Dealmaking: Fast & No. >