Chop Chop: The role of the little red stamp in China business

<< China Manufacturing Agreements: Watching The Sausage Get Made SMEs in China and How to Manage One: Part I >> 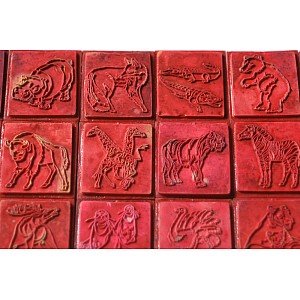 The little red stamp plays a powerful role in China’s business world. It is no secret that Chinese rules of business differ from those elsewhere in the world. One difference that Western companies doing business in China usually find surprising is the importance of the Chinese Company Chop (the company stamp or seal).

Whereas in Western Company’s the signature of the General Manager (or any legal representative) is legally binding, this is not the case in China. More important than a signature is the Company Chop. The chop represents a company towards third parties and is therefore valid even without a signature. Each legally registered Company in China is required to have a Company Chop, which has to be registered with the Public Security Bureau (PSB). Next to this mandatory chop, companies may have several other chops which can be used for specific purposes.

As this procedure is uncommon in Western companies, a widespread concern is that the chops can be copied easily and this could be an invitation to fraud. In reality, it is as difficult to reproduce a stamp as to copy a signature. There are severe penalties for chop-related fraud including prison sentences and fines, and even if a company loses or misplaces its chop, this has to be registered with the Public Security Bureau and only upon the Bureau’s approval can a new chop be made. Otherwise the chop-maker could be charged with forgery as well.

However, there is a certain risk to this system. In a recent case, for example, the management of a factory turned against the investors and refused to take instructions from a major shareholder. The management is in the possession of the chops and will not hand them over.

Since official documents are only valid when chopped, the investors cannot replace the management and are forced to go to court. In another case a foreign company has left all chops in the possession of the Legal Representative of their newly established subsidiary in China, a Chinese national they had just hired for the job. What they did not keep in mind was that they had left him with the power to renegotiate his employment contract and when, after a year long period where he did not meet his sales targets, the company finally decided to let the Legal Representative go, they found out that he put a new clause in his contract, providing him with a higher compensation in case of contract termination.

Although these are very drastic cases, they reveal the importance of Company Chops in China. It is a good idea to build in a sound control system when it comes to chops. Control is the key when it comes to understanding and organising daily business.

First of all, as the chops are among the company’s most important assets, they should be kept at a safe place and their access should be limited to a small number of people. Each chop should be kept by a staff member whose work is related to the chop. A good tool is to create a log, where the responsible staff needs to document their use of the specific chop. Use of the chops above a certain value (for sales contracts for example) can be subject to approval by the General Manager.

The Company or Legal Representative Chop should be in the possession of the (trusted) General Manager. If this person needs to be away from the company it is common to use the service of the company’s law firm, accountant or even trusted friend and family. Should he General Manager not be in the office, he can appoint the aforementioned parties to make use of the chop after his or the overseas investors’ approval. If the chop is not needed on a daily basis, this can be made standard procedure.

Company Chop: The Company Chop is usually round in shape and the registered name of the Company is engraved at the bottom of the stamp. It is required for official documents such as contracts, documents filed with the government, bank account applications etc. The company chop is the most important and powerful chop.

The Financial Chop is generally used for the company’s financial transactions, such as issuing checks, wire transfers, cash withdrawals or change of account information.

Depending on the size of the enterprise, the Financial Chop can be controlled by the financial officer who is responsible for the daily financial transactions. A specimen of the chop is also kept by the company’s bank to make sure that the documents presented are legal and valid.

The Human Resource Chop is used for all employment related activities of an enterprise. It is used to sign labour contracts with its staff, for the registration of staff with the government or to verify employment proof letters, internal memos etc.

The Contract Chop is used to validate contracts; it can be used instead of the Company Chop but is limited to its use on contracts. A company can also have several contract chops which can only be used on specific types of contracts.

This chop represents the signature of the company’s designated legal representative. It has to be registered with the Administration of Industry and Commerce. Generally, the Legal Representative Chop is used together with the Company Chop for many official documents, such as the application for the company’s business license or tax certificate.

About the author: Anika Nebe is the marketing and customer relations manager for Adbeco /De Nerée Corporate Services in Shanghai. The company provides tailor made legal and fiscal advice and company formation services to foreign companies and entrepreneurs conducting business in Mainland China.

This article first appeared in the March 2011 issue of the Shanghai Business Review.

<< Strategy  < China Manufacturing Agreements: Watching The Sausage Get Made | SMEs in China and How to Manage One: Part I >