The Perils of Cross Border Contracts 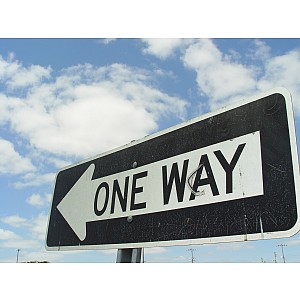 What is a contract and what is it for? If two parties disagree on the answer to this question, how can they work together to produce a valid and functional legal document?

By Francesco Giraldi and Giovanni Scognamiglio

Contracts should describe a meeting of two wills, in terms that will be interpreted in the same way by any reader, avoiding misinterpretations and loopholes. Effective contracts require understanding between the parties, an adequate context for business agreements, and negotiation skills. Negotiation must continue during drafting and sometimes after the signing.

The role and function of contracts depends on the society, its cultural and legal heritage and traditions, and the politico-economic environment within which they operate. Chinese and European conceptions of a written contract are different. The signing of a European contract often indicates the ‘conclusion’ of a deal. Parties must perform their obligations, and during disputes the judges should enforce the agreed terms. In China, a contract indicates only the beginning of the business relationship, and written agreements may be considered a formality. However, in the last decade Chinese law developed ways to deal with most potential business disputes. Still, if your contract does not take advantage of the changes, those remedies will not be available. Basic principles need to be considered when drafting a clear contract:

Contracts’ language and terms are different from ordinary language. Often only an expert can understand the legal meaning. Plain language documents offer non-experts some assistance.

These characteristics are equally applicable to contract drafting.

Moreover any evidence in English must be translated into Chinese before it can be accepted by court. There is uncertainty here, so it is best to understand both contracts or to have just one contract (and a translation). In this latter case, the contract should be prepared in Chinese and English language versions with the assistance of a professional translator. The translator should provide a sworn statement that the two language versions are functionally identical, and have the statement signed and notarized.

Some common problems for writers whose first language is Chinese are:

The ability to work directly in the Chinese language without constant translation saves time and avoids misunderstanding and disputes.

Francesco Giraldi and Giovanni Scognamiglio are from the Scognamiglio International Law Firm , where Francesco is a legal consultant and cultural mediator and Giovanni is managing partner. The Italian Law Firm specialises in International Trade, Shipping and Transportation Law, Energy and IP matters including patent, trademark and copyright. Email: f.giraldi@slslex.com