<< China Joint Ventures as Strategic Investment STRATEGY: What is the hardest part of doing business in China? >> 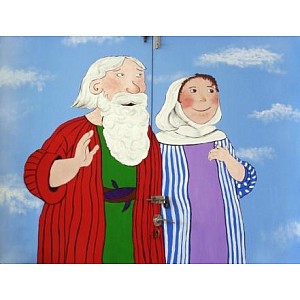 Communicating your message and selling your product/service in a foreign market like China is about more than simply marketing, it’s a matter of clever strategy.

There is a saying that the difference between humans and animals is that humans tell stories.

In export circles at the moment the phrase “telling your story” is being used a lot. But there may not be the same level of understanding amongst exporters about what good storytelling involves.

New Zealand exporters hail from a wide variety of industries. I would like to leave you with some suggestions that will give you an edge over your competitors from other countries. Ideally, what you want is to have other people telling your story.

First, a little bit about myself. I was the founding editor of bright magazine, published by New Zealand Trade and Enterprise for exporters for six years. And late last year, I established a new consultancy, All Told, with six Wellington associates to help exporters tell stronger stories.

We are currently working with one of our clients, Pipfruit New Zealand, and on a series of humorous videos for their new website to market New Zealand apples to consumers overseas.

Next, I want to talk about how Kiwi exporters are perceived in China, what good storytelling leads to and how to tell stronger stories.

How Kiwis are perceived

So how are Kiwis perceived in China? And I must now give a ‘censor’s warning’: some of the following content may offend sensitive readers!

Both NZTE and the Asia New Zealand Foundation have carried out research on New Zealanders’ reputation in China. Based on interviews with Chinese business people in Shanghai, NZTE found that Kiwi exporters rank high in human values compared with other exporters. We have a reputation for openness, honesty and directness which is valued.

But we’re not seen as strong long-term business partners. We’re regarded as lacking in business acumen and not being proactive enough. Our relaxed attitude seems half-hearted compared with the attitude of exporters from other countries.

Here’s a quote from one of the Shanghai business people:

“I like to cooperate with those who have a real interest in China, have long-term and detailed business plans and goals, and come to China to understand and interpret us and our consumers more. I don’t like those who do not have many thoughts put into the Chinese market.”

And here’s another quote:

“New Zealanders seldom make a sound in the international market. They have no passion to introduce themselves to others.”

The Asia New Zealand research found similar perceptions to NZTE’s. We rank highly in ‘being trustworthy’ and ‘keeping our promises’. But the research found we need to more strongly demonstrate ‘better connections’ and we’re not ranked highly in ‘offering a unique product or service’. This latter point is particularly important when telling your stories, as New Zealand exporters often lead with their product or service offering, which could put you on the back-foot to begin with.

Two weeks ago I asked Jeff Shepherd, NZTE’s trade commissioner in Shanghai, how New Zealanders can get beyond these perceptions. He said you need to demonstrate a real passion for trading in China and you need to respond very quickly to any requests for further information.

What good storytelling leads to

Turning to my second subject, what does good storytelling lead to – why put any effort in? If you have a good product or service priced for the market, surely that will be enough? A Kiwi exporter to China said to me a few weeks ago, “My product stands on its own merits”.

Compare this with a quote from the Better by Design conference in Auckland a few years ago by a professor of design who had studied the transformation of Finland’s economy. He said:

“The world market is saturated with similar products. You have a second to win a customer, based on the values perceived by the user.”

How does Icebreaker manage to keep growing when you can buy another merino wool top for half the price? It’s all because of the story they have woven into it. They have built up such a powerful emotional and rational attachment to their brand that their loyal customers – including myself – won’t think twice about paying a premium to buy part of that story. So you need a good story – not just to break into a market – but to also hold your place there for years to come.

How you create a good story

This leads to how do you create a good story? First, all good stories have a similar plot or pattern that will be recognised in most countries you export to. For example, the Maori creation legend Rangi and Papa that will be a focus of the New Zealand Pavilion is one of only three types of creation legend in the whole world. So many cultures going through that pavilion are going to recognise the pattern of that legend – it’s going to resonate with them.

Similarly, the number of other types of story in the world has been chronicled by the writer Christopher Booker, after 34 years of reading, as numbering just seven. One of these – rags to riches – is the pattern of the Michael Hill Jeweller story. It begins when he was working in his uncle’s jewellery store and his house burnt down. He was left virtually penniless at the age of 40 but set out on his journey with fearless resolve. He tells you the ups and downs of that journey in different export markets – he maintains the dramatic tension – just as you find in another rags to riches story, Aladdin and the Enchanted Lamp.

So many of the Kiwi export stories I’ve read are only fragments of a true story, with all the tension taken out. They are really just a snapshot of products or services. Certainly in a short meeting you won’t have time to tell a full story but on your website why not tell it? It’s not as if you haven’t had any dramas – how many of you have had a vital container delayed in customs, or an important customer ask you to do something at the drop of a hat? These are the elements of drama and people remember them.

The marketing strategist David Meerman Scott goes so far as to say in his latest book not to talk about your products and services again. Instead, he says to focus on a distinct group of potential customers and how you can solve problems for them. Because he says people are not really interested in your products and services but they are very interested in how you can solve their problems.

If you only have a two-minute pitching opportunity where you can just present a slice of your story, recount a situation which illustrates how you solved a problem for another customer.

Several years ago, I interviewed Neil Flett – a New Zealander who heads the pitching consultancy Rogen International and who helped Sydney win the bid for the 2000 Olympics. He said then:

“The tragedy would be if a wonderfully innovative New Zealand company goes overseas to sell something that is superb but fails due to a lack of pitching skill.”

I would like to leave you with this perception. It is a quote from a US wine importer, Martin Gold, who I interviewed in 2003. He was importing wine from 300 wineries from around the world, including Palliser Estate. I interviewed him in New York, where he said about New Zealand:

“The people are dynamic and exciting, the country is beautiful and the product is wonderful. I fell in love with all of it. You have a great story to tell.”

[NZCTA: What are we waiting for?]

<< Strategy  < China Joint Ventures as Strategic Investment | STRATEGY: What is the hardest part of doing business in China? >