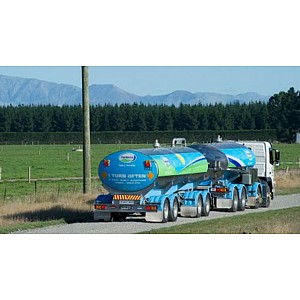 Fonterra has been operating in China for over 40 years now, so the co-op has a "deep understanding of the market," says Teh-han Chow.

Chow, who is now permanently in the role of chief executive for Greater China at Fonterra, told The Country Sport Breakfast's Lee Piper that the co-op continued to innovate to keep pace with the market.

"This means we need to invest in research and development for new product applications, techniques, packaging, science and everything that makes a product cutting edge."

Fonterra had opened an innovation centre in Shanghai, dedicated to cultivating new products suited to the Chinese market. This extended the great work already being done at the co-op's research and development centre in Palmerston North, Chow said.

"To give you an idea of the scale of innovation activity that we already undertake, each year our team develops more that 400 new ways to use dairy across cakes, buns, Chinese pastry, tea, beverages, coffee in Western and Chinese cuisine."

One new product is a big hit in China, but may seem unusual to a Kiwi palette, Chow said.

"It's a salty egg yolk cheese ice cream - does it sound tasty? Perhaps not by New Zealand taste buds," he laughed.

This was only one of many new products coming out of the Chinese market, which Chow said was constantly innovating and changing.

"We have endless examples, it's hard to keep up. China is one of the fastest changing food and beverage market places in the world."

Teh-han Chow, CEO for Greater China at Fonterra, gives an update on the co-op to The Country Sport Breakfast's Lee Piper.