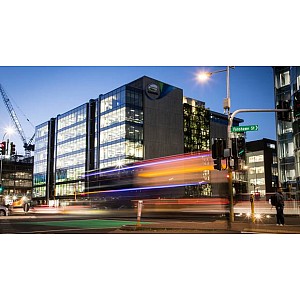 Fonterra Cooperative Group is looking to elevate the importance of China, it's leading market, as part of its new strategy.

The cooperative announced plans to bring together the consumer and food service and ingredients businesses into one Greater China business as it presented in its annual result. Work is underway to recruit a new chief executive for the region.

The businesses have been "operating well but we see an opportunity to elevate the importance of China into the business," chief executive Miles Hurrell told BusinessDesk.

"While it was an important part of our business, it was one layer down," he said. This move will bring its importance to the "top table," he said.

Judith Swales will head up APAC, while Kelvin Wickham is heading up the AMENA division.

In China, the consumer and food services business is currently led by Christina Zhu while the China ingredients business is led by Teh-Han Chow.

Hurrell said the two units will be brought together under one single leader and Fonterra was open to a discussion with both about the role.

He said, however, the aim isn't a full merger. Bringing them together will create opportunities for optimisation around things like back-office support, human resources and finance.

But at the same time, the consumers and customers in both those businesses are different, he said.

The goal of creating the new chief executive role is to see and understand first-hand what's going on in a rapidly evolving market, with changing dynamics. Fonterra is not just interested in what is happening within China, but also the influence it has on the global market, he said.

China takes about a quarter of Fonterra's exports and the company accounts for 36 per cent of all of China's dairy imports.

"We simply can't send product from New Zealand and get a cheque back. We need to make sure we are doing the right thing in that market and what that looks like going forward," Hurrell said.

The fate of the China farms, meanwhile, is still up in the air.

Chief Financial Officer Marc Rivers said there are a range of options including buy, sell and hold. Of those he'd like "the most valuable option."

Hurrell said the key element is whether or not the farms are "on strategy" as opposed to whether they make money. He noted the recently divested Tip Top business was very profitable.

The company has been flogging off assets it no longer sees as central to its business, including its 50 per cent stake in DFE Pharma to a private equity fund run by CVC Capital and the Tip Top ice cream unit. That's raised $1 billion, which Fonterra will use to repay debt.

Not only do the farms in China have to be on strategy, they also need to "stand on their own two feet. Clearly they don't at this point. There are pockets of time where they create value," Hurrell said.

"We are having a good look at that. The options are hold at one end of the spectrum and complete divestment at the other but there a range of options in the middle. We have all those on the table right now and we will make some decisions I think pretty quickly this year," he added.

In Ovtober, Fonterra unveiled its new strategy as it posted a net loss attributable to shareholders of $557 million in the 12 months ended July 31, widening from its maiden loss of $221 million a year earlier.

The new strategy that puts greater emphasis on extracting value rather than pursuing volume. The strategy also brings the focus squarely back to New Zealand.

Units in the Fonterra Shareholders' Fund, which have tumbled since Fonterra's 2017-18 loss, have lifted 15 per cent since Fonterra announced the new strategy and are now trading at $3.74.

By Rebecca Howard, NZ Herald
This article was first published by NZ Herald.