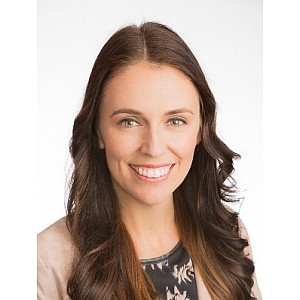 On behalf of the New Zealand government and people, I congratulate President Xi Jinping, Premier Li Keqiang and the people of China on the successful opening of the 2019 China-New Zealand Year of Tourism – a milestone in the China-New Zealand relationship.

China is one of New Zealand’s most important partners. Our links are far-reaching, spanning from the first immigrants from Guangdong during the gold-rush era through to today, with Chinese New Zealanders now numbering more than 200,000, and two-way trade now exceeding $30 billion. China is New Zealand’s largest trading partner.

Tourism is a crucial strand in our bilateral relationship, and is a particularly important driver of economic growth. There was an 8.8% increase in Chinese holidaymakers to New Zealand from 2017 to 2018, and China is New Zealand’s second-largest tourism market. The number of New Zealanders visiting China has also reached a new high.

The Year of Tourism is an opportunity to build on this, showcasing New Zealand’s unique value proposition to Chinese visitors – from World Heritage designations such as the spectacular Milford Sound, an area we view as the eighth wonder of the world, to a unique Māori heritage and indigenous culture, and a burgeoning ecotourism industry.

At the same time, I also encourage New Zealanders to use the Year of Tourism to learn more about China. Like many New Zealanders, I have been to China several times, and was blown away by its richness and diversity. I look forward to visiting again very soon – it is a country with so much culture, history and natural beauty to engage with.

New Zealanders have a unique opportunity to learn about China through the magnificent Terracotta Warriors exhibition at Te Papa – the first return of the Warriors to New Zealand since the 1980s.

Chinese people will also be able to learn about New Zealand in the Year of Tourism.  As Minister of Arts, Culture and Heritage, I am pleased to announce the Tuku Iho cultural visit to China later this year. This exhibition of Māori culture includes traditional carving and weaving, as well as live performance of kapa haka and contemporary musical expression.

The recent Christchurch terrorist attacks brought into sharp relief the importance of building interactions and understanding across peoples, cultures and borders. Initiatives during the Year of Tourism reflect China and New Zealand’s shared commitment to doing just that.

I hope Chinese and New Zealanders alike will make the most of the Year of Tourism, and I look forward to hearing about the many new and exciting cultural, economic and people-to-people connections I am sure will be developed between our two countries this year.