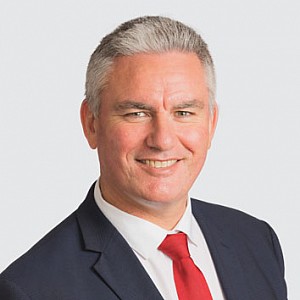 The first foundations have been laid for the 2019 China-New Zealand Year of Tourism, with a new website launched and funding for a major exhibition at Te Papa, Tourism Minister Kelvin Davis announced on 31 July 2018.

The website is largely aimed at tourism businesses and other organisations wishing to build stronger relationships with China.

“With the new website, we have provided a platform for organisations to get involved with the 2019 China-New Zealand Year of Tourism, whether it’s by promoting events, or accessing resources and useful information on the China visitor market,” Kelvin Davis said.

“The Year of Tourism is an opportunity for businesses throughout the country to focus on the Chinese market, which is our second biggest visitor market.”

“Our focus is on building cultural understanding and pulling the industry together to attract more of those high-value visitors who travel outside of our busy seasons and who explore more of our regions,” Kelvin Davis said.

The Government is investing $500,000 through the Major Events Development Fund in Te Papa’s Terracotta Warriors: Guardians of Immortality exhibition, which will run from 15 December 2018 to 22 April 2019.

“It’s an honour for New Zealand to host these 2,300-year-old artefacts and I can’t think of a better event to kick off the China-New Zealand Year of Tourism.

“Te Papa has estimated 100,000 people will take this rare opportunity to see the Terracotta Warriors in person – this is a chance for Kiwis to gain a better appreciation of Chinese history and culture.

“More than that, pulling together the exhibition and other events throughout the year is enabling local and central government to enhance all-important diplomatic and trade relationships with China,” Kelvin Davis said.

Businesses or organisations wishing to get involved with the 2019 China-New Zealand Year of Tourism should visit www.cnzyot.govt.nz or email cnzyot@mbie.govt.nz.