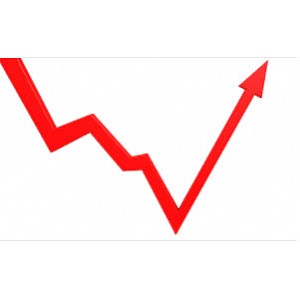 A resurgence of Chinese visitors is a highlight for the domestic tourism sector, which economists say may be in a lull after a last year’s spike during the British and Irish Lions tour.

Government figures recently showed the number of Chinese arrivals rose 11 percent to almost 445,000 in the year ended April 30, accelerating from an annual increase of just 2.6 percent a year earlier. Chinese visitor numbers have climbed at an average annual rate of 18 percent since April 2012.

The Ministry for Business, Innovation and Employment says China is poised to become the nation’s dominant tourism market in the next five years, projecting visitors from that nation will spend about $4.3 billion a year, accounting for just over half the total spend.

Immigration New Zealand tourism sector relationship manager Andrew Johns said Chinese tourist numbers have increased significantly in recent years, during which a series of new policies have made it easier for Chinese nationals to visit New Zealand. That includes a visa initiative with Bank of China and a major Amway China incentive scheme.

“The collaboration with the Bank of China will not only help to attract higher calibre visitors but will more importantly promote New Zealand as a preferred destination to the world,” Johns said in a statement.

In 2016, the Bank of China and Immigration NZ signed an agreement for the bank’s wealthy clients with Chinese passports to get an exemption from providing evidence of onward travel from New Zealand or their job status. The bank said that’s cut visa-processing times to less than five days from 15 days, and with half of those approved coming within one working day.

The agreement was the first time Immigration NZ signed a comprehensive cooperation arrangement with a commercial bank.

New Zealand and China have grown steadily closer since the signing of a free trade agreement in 2008, and last year policymakers agreed to extend Chinese multiple-entry visas into New Zealand to five years and let Chinese passport holders use SmartGate entry. The two countries have declared 2019 as an official year of China-New Zealand tourism.

“However, over the short-term, insights suggest New Zealand could see limited tourism growth due to localised factors such as changes in air capacity, a slowdown in youth sector travel, and increased tendency to travel domestically,” England-Hall said.

Infometrics economists said in a note this week that the outlook for tourism is hard to gauge given last year’s numbers were buoyed by the Lions tour and New Zealand hosting the World Masters’ Games.

Government figures showed visitor numbers fell a seasonally adjusted 1.3 percent to 315,000 in April, and annual arrivals rose 5.4 percent to 3.79 million, the smallest gain for an April year since it flat-lined in 2013.

“Annual growth in arrival numbers is likely to be negative for the June quarter,” Infometrics said. “High costs for accommodation and some other services might also be limiting visitor growth, although these issues are likely to be most problematic in the peak summer months between December and March.”

By Andrew Bevin
This article was first published by BusinessDesk.