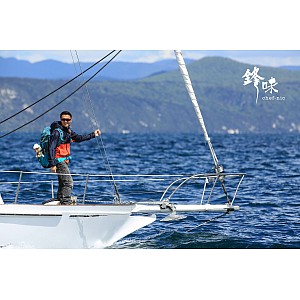 Taupō’s tourism attractions were featured in an episode of China’s most popular food and travel show, Chef Nic, that aired in China recently.

More than 33.5 million viewers watched the show in which Chinese superstar chef Nicholas Tse is seen sailing on Lake Taupō and enjoying a hangi and cultural performance at Wairakei Terraces.

"This is my first time to New Zealand. It's like a wonderland. I feel like a kid running into a candy shop," says Chef Nic star, Nicholas Tse. "The people are so warm and gentle, and they are so proud of being Kiwi. Everyone is so nice to us, I'm so happy to be here. I love the country."

Guest star G.E.M became the only Asian artist to feature in the Forbes 30 Under 30 (Music) in 2016. She has a substantial social media following of around 24 million on Chinese social media platform, Weibo.

The episode has an estimated advertising value (EAV) of more than NZ$20 million.

Tourism New Zealand says the impact and influence of New Zealand featuring on a show such as Chef Nic is significant for the tourism industry.

"As a trusted and influential icon in China, the audience reach from Chef Nic is huge for our industry. In a matter of days the episode has reached the equivalent of almost seven times the entire population of New Zealand, showing our second-largest market a realistic picture of what a New Zealand holiday could look like - and it looks great.”

"We're really excited about the exposure Great Lake Taupō had in the Chef Nic show. China is very much an emerging market for us, so it's wonderful to see Chef Nic showcasing the experiences our Chinese visitors love - fresh local food, our Maori culture and our spectacular lake and mountain scenery," says Anna McLaren, Marketing and Communications Manager, Destination Great Lake Taupō.

"We're looking forward to seeing an increase in Chinese visitors to Great Lake Taupō who want to follow in the footsteps of Chef Nic, and with the opening of a new Chinese restaurant this month we will be even more appealing to Chinese visitors.”

“We are asking Chinese New Zealanders to come to Taupō and experience our region like Chef Nic did. They too can experience our beautiful scenery, delicious local cuisine and the many tourist attractions we have on offer.”