<< Young and Daring: The Welly Edit Heart of the Long White Cloud campaign launches in China >> 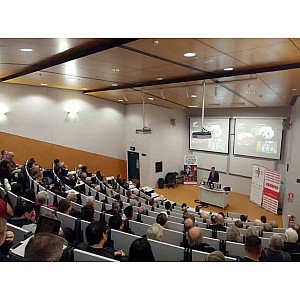 Alistair spoke of New Zealand’s Consulate-General opening in Chengdu; in 2014 and the enormous progress that has been made since that date both in Sichuan Province and beyond. Alistair also acknowledged the past history shared between New Zealand and Sichuan; notably the route of Rewi Alley moving through the province on route to his further endeavours, and the significant cultural connection shared between the area and Bill Willmott, former President of the NZCFS, and a life member of the same.

Alistair is himself a career diplomat, having previously held postings in Beijing, Papua New Guinea, and Vietnam to complement his extensive foreign affairs experience in Wellington, where he has been involved with UN, Commonwealth, North Asia and Pacific issues.

Alistair highlighted the importance of direct flights now available between Auckland and Chengdu allowing greater people flow to Western China’s emerging markets and blossoming tourist industry. These growth trends are what prompted New Zealand’s establishment of a new Consulate-General in the region, with the goal of bolstering a broader foreign policy goal of increasing New Zealand – China bilateral trade to a value of $30 Billion, a goal that many hoped could be advanced in part through diplomatic expansion.

Further, Alistair pointed to the idea that Western China has gained national preference for development within China, crucially as part of the burgeoning ‘One Belt, One Road’ policy. This emphasis on development also suggested that the tiered gaps between Chinese cities were closing, especially in the context of an East-West divide.

Alistair then closed by reinforcing the significant cultural connections between the region and New Zealand, noting the sister-city relationship between Chengdu and Hamilton, and the educational relationship between Sichuan and Christchurch-Canterbury. With regards to these he further highlighted the mutually beneficial nature of combing Kiwi ingenuity, with Chinese technical expertise to create a polished end product. He identified an example of such as that between Zigong lantern manufacturers and the Asia New Zealand Foundation, the latter working with authentic lantern manufacturers in Zigong to bring their product to New Zealand, giving rise to profitable business ventures and significant cultural connections.