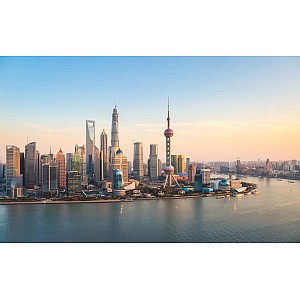 On March 31, Shanghai became the first city in mainland China to grant a residence permit to a foreign worker providing domestic services. The development is notable given the Chinese government’s usual reluctance to grant foreigners visas for unskilled labor, and reaffirms Shanghai’s status as the mainland’s most international city.

The first foreigner accorded the one-year permit was a maid from the Philippines, who was granted a visa to work for an American executive in Shanghai’s Pudong district. The Shanghai Entry-Exit Administration Bureau has now granted the permit to over 20 foreign domestic workers.

Employers must apply to the Entry-Exit Administration Bureau on behalf of the foreign domestic worker that they would like to hire.

Foreigners employed in the following areas are also eligible to apply on behalf of a domestic worker:
•    The Shanghai Free Trade Zone;
•    The Zhangjiang Hi-Tech Park;
•    Higher education or scientific research institutions; and,
•    Professional areas the Shanghai Municipal Human Resources and Social Security Bureau recognizes as helpful to scientific and technological innovation.

Foreign domestic workers can first enter China with a tourist visa before applying for the residence permit. However, the Exit-Entry Administration of the Shanghai Municipal Public Security Bureau in Pudong is currently the only office able to process such applications.

Foreign domestic workers were ineligible to work in Shanghai until July 2015, when limited high-level executives and professors were allowed by the authorities to hire foreign domestic workers. This latest reform is part of a series of measures from the Shanghai municipal government aimed at attracting foreign experts and professionals to the city. The municipal government eased visa policies for foreigners in December 2016.

The relaxed visa rules for foreign domestic workers are expected to lead to the arrival of more workers from countries such as Indonesia and the Philippines. An estimated 100,000 to 200,000 Filipino domestic workers are already working in China illegally, though there is demand for more given their English language ability.

Both domestic service employers and employees will benefit from the reform in Shanghai, which will create more transparency and regulatory oversight for a local labor market that was affected by grey practices.

About Us
China Briefing is published by Asia Briefing, a subsidiary of Dezan Shira & Associates. We produce material for foreign investors throughout Asia, including ASEAN, India, Indonesia,Russia, the Silk Road, and Vietnam. For editorial matters please contact us here, and for a complimentary subscription to our products, please click here.
Dezan Shira & Associates is a full service practice in China, providing business intelligence, due diligence, legal, tax, IT, HR, payroll, and advisory services throughout the China and Asian region. For assistance with China business issues or investments into China, please contact us at china@dezshira.com or visit us at www.dezshira.com