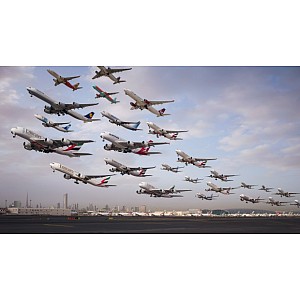 New Zealand has enhanced its air service agreement with China by 20 per cent Transport Minister Simon Bridges announced on 27 March.

“We’ve seen strong growth with visitors from China and we expect this to continue. China is our second largest source of visitors after Australia, so it’s important that we have the appropriate agreements in place to support this.

“The amendment will also allow additional airlines to enter the market, ensuring a competitive environment that will benefit New Zealand and Chinese travellers.

“Officials also have the opportunity to further expand the agreement later this year if certain conditions are met.

“Chinese airlines can now operate between airports in New Zealand during the course of their international service, allowing airports that do not receive flights by Chinese airlines the opportunity to do so.

“We have progressively enhanced this agreement. In 2014 the agreement provided 42 offerings per week and was increased in 2016 to 49. We will continue to work towards an open skies agreement with China,” Mr Bridges says.

Five Chinese airlines currently operate to New Zealand and a sixth, Sichuan Airlines, will enter the market in June.

New Zealand now has 61 air service agreements with countries and territories with a further 20 awaiting signature.