To New Zealand, with love 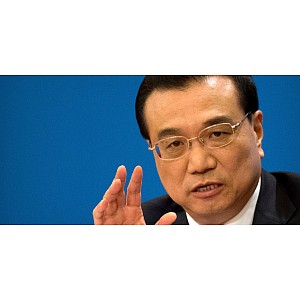 As I am about to begin my official visit to New Zealand, "the land of the long white cloud", I wish to extend my sincere greetings to the warm and hospitable people of this country.

It will be my first visit as the Chinese Premier, but I have long been drawn to New Zealand for its diverse culture, vibrant economy and natural beauty.

This year being the 45th anniversary of our diplomatic relations, I very much hope that my visit will contribute to tightening the bond of our friendship and elevating our mutually beneficial co-operation.

As a Maori proverb goes, "Aim for the highest cloud, so that if you miss it, you will reach a lofty mountain."

For many years, China and New Zealand have aimed high and made relentless efforts to develop our relations and co-operation.

Together, we kept on scaling new heights and setting new records in China's relations with Western developed countries.

New Zealand was the first Western developed country to conclude bilateral negotiations on China's WTO accession, the first to recognise China's full market-economy status, the first to sign and implement a bilateral Free Trade Agreement with China, the first to join the China-initiated Asian Infrastructure Investment Bank as a founding member, and the first to hold a nationwide Chinese Language Week, to name a few.

The recent announcement to launch negotiations on upgrading our FTA has added yet another record to the long list of our ground-breaking co-operation.

This is great news not just for our countries, but also sends a positive signal of support for trade and investment liberalisation and facilitation, especially in the context of weak global economic recovery, rising protectionism and bitter backlash against globalisation.

I hope and believe that we will continue to scale new heights in our friendship and co-operation to deliver even more benefits to both our peoples.

To scale new heights, we need to go further. In the past 45 years of our diplomatic ties, our relations and co-operation have reached unprecedented levels and our interests have become more intertwined than ever before.

For four years in a row, China has been New Zealand's number one trading partner. We are the largest source of foreign students and the second-largest of tourists for New Zealand. Each week, about 50 direct flights travel across the Pacific between our countries.

The question now is how can we do even better? Let me quote the New Zealand mountaineer Sir Edmund Hillary, who said, "It's not the mountain we conquer but ourselves."

For China-New Zealand relations and co-operation to go further, we cannot rest on our laurels. Rather, we need to fully harness our comparative strengths, and unleash our potential for common development by synergising our development strategies.

For example, now that we have a fairly stable trade relationship on farm products, we need to move beyond import and export and promote high-tech-driven, high-value-added, whole-industrial-chain co-operation.

We may also explore new areas such as e-commerce, biopharmaceuticals, energy conservation and environmental protection and infrastructure development, to foster new growth areas in bilateral co-operation.

To scale new heights, we need to confront challenges and surmount difficulties. By overcoming difficulties today we will be better able to make progress tomorrow.

Rising instability and uncertainty in the international landscape have made it all the more important for China and New Zealand to work together to turn challenges into opportunities.

We need to jointly uphold world peace and regional stability, promote economic globalisation, build an open world economy, and make new contributions to the development and prosperity of our region and theworld.

Over the past eight years since the China-New Zealand FTA came into force, bilateral trade has increased nearly threefold, delivering real benefits to the two peoples.

Despite its trade deficit with New Zealand, China remains committed to seizing the opportunity of FTA upgrading negotiations to facilitate greater mutual openness of our markets.

We are ready to import more goods from New Zealand that are competitive and high-quality, to provide more choices for Chinese consumers and push Chinese companies towards greater competitiveness.

We have every reason to believe that globalisation will continue to move forward despite its setbacks, just as one should not stop eating for fear of getting choked. And the door, once opened, should not be closed.

China and New Zealand should take real actions to advance regional economic integration, to inject greater driving force for regional and even global economic recovery and the resumption of robust growth.

To scale greater heights also means we will enjoy a better view of the diverse landscape of our world.

Thanks to our strategic vision and long-term perspective, China and New Zealand have been able to transcend differences in national conditions, stage of development, culture and tradition to achieve win-win outcomes on the basis of mutual respect and equality.

The Chinese civilisation values openness and inclusiveness, and New Zealand is known for its multicultural dynamism.

I was told that the New Zealand people have a strong interest in the Chinese culture and language, and more and more of them turn out for Spring Festival and Lantern Festival celebrations.

And the Chinese people are fascinated by the unique, unspoiled scenery of New Zealand, as displayed in The Lord of the Rings and The Hobbit. Cultural and people-to-people exchanges have facilitated our harmonious coexistence and sincere co-operation.

And mutual respect for development paths chosen in light of our respective national conditions will help the two sides build mutual trust and learn from each other.

Drawing on our experiences, China and New Zealand should jointly call for diversity of world civilisations, and add more colour and splendour to the development of world cultures.

We believe diversity makes the world more colourful, and having one more possibility means more hope and promise.

As a Chinese poem reads, "Try to ascend the mountain's crest: it dwarfs all peaks under our feet." I am confident that our joint efforts to scale new heights will create an even brighter future for China-New Zealand relations and make our world a more splendid place.