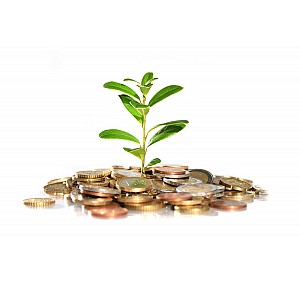 The founder of the Unmask Palm Oil campaign and recent University of Auckland Business graduate Ben Dowdle has been awarded a prestigious Schwarzman Scholarship to China.

Ben, who received conjoint Bachelor of Arts and Commerce degrees this year, will complete a one-year residential masters programme in Beijing with a focus on global leadership in the 21st century geopolitical environment.

Ben is the first New Zealander to become a Schwarzman Scholar. Only 200 are awarded each year to the world's most talented young leaders, with the aim of building stronger links between China and a rapidly changing world.

At just 22, he is already a noted social and environmental entrepreneur whose work to make labelling of palm oil mandatory throughout Australasia has garnered widespread attention and accolades.

He was named runner-up in the 2016 New Zealand Top Student awards and the EY Business Student of the Year awards. As a seasoned public speaker, Ben is particularly interested in – and skilled at - engaging with young people around social and political change issues.

“It’s incredibly rewarding to be able to pass on the lessons of leadership to a new group of our future leaders,” says Ben.

Having already spent time in China and in the process of learning Mandarin, Ben says the opportunities afforded by the Schwarzman Scholarship are significant.

“China is a fascinating place culturally, economically and politically. It has enormous potential as the world’s most populous country, and as it opens to the world and becomes wealthier it will play an increasingly prominent role in the world,” says Ben, whose interest in the country was sparked by the Politics paper, “China and the World”.

Ben will specialise in either public policy or business and economics during his scholarship year, which begins in August 2017. He is currently working in the Climate Change and Sustainability team at EY, exploring how business can adapt to a changing climate and respond to major technological disruptions that will shape the business environment into the future.

After the scholarship, Ben plans to continue working in the field of climate change and sustainability, and furthering his particular interest in the relationship between technological disruption and public policy.