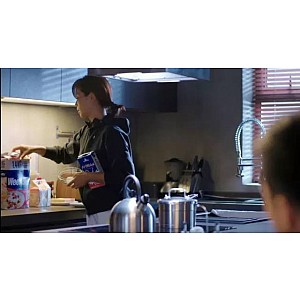 A cameo appearance of a popular Kiwi breakfast food on a Chinese TV drama has led to a major push for the cereal product into the Asian market – a move expected to benefit New Zealand exports.

Weet-Bix has been available in the Chinese market for more than eight years, but demand spiked after it featured on an episode of one of China’s most watched TV soaps, which has several hundred million viewers.

International marketing manager for Sanitarium, Mark Roper, says the appearance of Weet-Bix on the drama ‘Ode to Joy’ had an overnight impact on sales, and has come at a time when the Asian market is adopting more westernised food tastes.

Roper says Weet-Bix will be marketed in China from mid November under the company’s international brand Nutri-Brex. The move is part of a realignment of trademarks in key markets while also complying with new trademark restrictions that are now coming into place.

“Nutri-Brex was launched as a gluten free product in the UK market last year and has already performed well above our expectations. The product sold in China will be identical to Weet-Bix as it is produced in the same factory with same recipe and ingredients - however it carries the distinctive Nutri-Brex branding which was designed to appeal to our international consumers."

“The appearance on Chinese TV helped push the rate of sales growth for the past financial year to over 50% in that market. We expect the new brand to be just as well received in China and to deliver a similar 50% increase on the previous year’s record export sales.”

“Increasing numbers of younger, health conscious Chinese are turning to Western style breakfast cereals which are seen as more convenient and healthier alternatives to traditional options,” he says.

Roper says consumers in the Chinese market tend to serve Weet-Bix differently from Kiwis, often topping it with hot milk.

“We were really excited to host Alyssa this week and to have her experience an authentic Kiwi family breakfast, the footage we captured during the morning will be used on Chinese social media platforms to educate and engage with this growing market.“

Roper says the company recently opened an office in Shanghai and has already secured over 1,500 retailers to distribute Nutri-Brex throughout China but expects online sales to exceed that of traditional bricks and mortar stores.

“We already have a well established ecommerce presence in China which is important for maintaining the brand’s profile and availability,” he says.