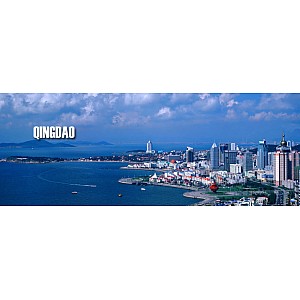 Dunedin has further strengthened its civic, economic and educational ties with the northern Chinese city of Qingdao following a series of high level meetings in early June.

A highlight of the Qingdao leg of the Dunedin delegation's visit to China was a meeting with Haier, which acquired Fisher & Paykel in 2013.

Mayor of Dunedin Dave Cull says Haier is boosting its growth in research and development on a global scale, bringing significant economic benefits for Dunedin.

Haier Director Oceania Hou Xinlai appreciates the DCC’s support and says, “It was a very wise decision to have a design centre in Dunedin.”

Also in Qingdao, the Dunedin delegation met with Vice Secretary of the Qingdao Municipal Committee and Mayor of Qingdao, Mr Zhang Xinqi.

Mr Cull says, “It was good to renew my acquaintance with Mayor Zhang. He is keen to collaborate on both the challenges and opportunities the cities have in common. Topics discussed ranged from fashion shows and marine research to environmental sustainability."

"We have well established ties with Qingdao, for instance Scott Technology also has a manufacturing base in Qingdao. There are potential opportunities for increasing further trade with the support we receive from the Qingdao Foreign Affairs Office, the Qingdao Municipal Tourism Administration and the Qingdao Municipal Bureau of Commerce," Mr Christie says.

Otago Chamber of Commerce Chief Executive Dougal McGowan says, "The visit to Qingdao reinforces growing connections that will further foster exporting and business opportunities. It emphasises the value of a collaborative city wide approach which focuses on multiple economic platforms. In a short period of time we have made significant progress that will benefit education, technology and business."

Qingdao is a coastal city of about 3 million people in the urban city and 8 million in the provincial area. Situated in Shandong Province on the eastern seaboard, it is known for its tourism attractions, marine research, the famous Qingdao Brewery, and its beaches. It is also a major naval base and industrial centre.

Dunedin first developed a relationship with Qingdao in October 2013 when a delegation from Qingdao visited the city. During that visit, a memorandum of understanding with a trade and commercial focus was signed between Enterprise Dunedin and the Qingdao Bureau of Commerce.

The Dunedin delegation now heads to Beijing where the main event on the itinerary is the signing of an agreement between the DCC and JJL – one of the largest education consulting and service companies in China.