China Southern Airlines to fly between the South Island and China 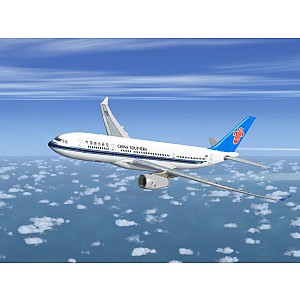 The South Island tourism industry has formed a partnership with Asia’s largest airline which will see a new year-round air service begin in December 2015.

“We are the first Chinese carrier to fly to New Zealand and now carry on that tradition by being the first to fly to the South Island,” he says. “Increasing numbers of Chinese arrivals into Christchurch Airport show the demand for the South Island, especially from the growing number of independent travellers who want to see and experience it.

Christchurch Airport Chief Executive Malcolm Johns says “This is very significant for the South Island because the service offers more than 70,000 seats into Our Place in the World and an estimated more than $100M in visitor spend for the whole economy.

“That is positive news not only for the tourism industry but also for southern air freight needs, which add up to significant economic development opportunities for every region of the South Island.

The airport has led a series of engagements in China over recent years to lift the profile of the South Island in China, strongly supported by major South Island tourism operators and by many regions.

“Flying in formation in China has made a powerful impression with China Southern Airlines,” says Mr Johns. “As an airport, we were competing for this aircraft against cities including Rome, Istanbul, Cairo and Chicago. When it comes to footing it on the world stage, against this type of competition, we needed the South Island to stand up and make an impact, which it did on both counts.

“The South Island was strongly supported by both central and local government as it built its relationship with China Southern Airlines and many key travel trade partners in China over the past 18 months.

“The strong support from both central and local government was critical in this process. The Tourism Growth Partnership supported the charter services in March, and Tourism New Zealand and the New Zealand Consulate in Guangzhou were brilliant in every way we could have asked for,” he says.

Mayor Lianne Dalziel has enjoyed the part she has played. “I have enjoyed being able to support Christchurch Airport and the South Island build strong social, cultural and commercial links with China. It’s been a pleasure getting to know major travel sellers in China, such as GZL Travel of Guangzhou, which our airport completed a strategic partnership with last year to promote the South Island in China,” she says. “On behalf of our city and the wider South Island, I extend a very warm welcome to China Southern Airlines and look forward to personally welcoming the first scheduled flight between China and the South Island in December.”

Airport Chief Executive Malcolm Johns says it has been a privilege to be a member of the South Island team which has built the profile of the South Island in China and ultimately work with China Southern Airlines to establish both this service and the strong cultural, social and commercial links it will underpin.

China Southern Airlines flies into Guangzhou, one of the fastest growing airport hubs in Asia, so this new service will provide South Islanders with direct international air connections to many parts of Asia and Europe.

“I have seen for myself the Chinese fascination with Our Place in the World,” he says. “Chinese travellers are familiar with images of our scenery and very keen to land here and go exploring. That is inevitably positive for economic development right across every region of the South Island, with the new service likely to contribute more than $100million p.a. in GDP to the South Island and New Zealand once it is fully established.”

Christchurch Airport continues to be the fastest growing point of entry for Chinese visitors. While national figures grew 39% over the past summer, Christchurch Airport’s numbers grew 69%. Overall, the airport showed a 59% increase in arrivals of Chinese nationals in the months of December, January and February.