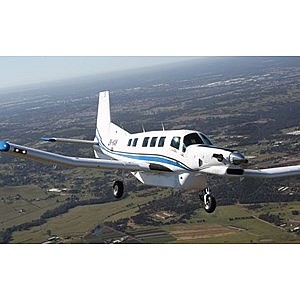 One hundred million Chinese are about to learn a whole lot more about New Zealand’s own Pacific Aerospace and its flagship aircraft, the P-750 XSTOL.

This popular aviation-focused reality TV show will air to 100 million Chinese viewers across 34 provinces and municipalities in late September.

As a result of the agreement, which was made official in November 2014, PAL’s unique P-750 XSTOL aircraft is now being sold in China. The joint venture company is also launching pilot training, skydiving and other general aviation ventures in China.

While in New Zealand, the celebrities visited towns and cities across the North Island taking part in various aviation activities, led by PAL and featuring its P-750 XSTOL aircraft.

“The aviation activities that the celebrities undertook throughout filming in New Zealand, highlight Pacific Aerospace’s P-750 XSTOL aircraft and its versatility. We also got the celebrities out skydiving from the aircraft and participating in pilot training,” said PAL chief executive Damian Camp.

“It’s a great opportunity for PAL to use this popular TV series to highlight the multiple benefits that the P-750 XSTOL brings to China’s general aviation industry.”

Mr Camp said there is huge opportunity for PAL in China, particularly as the general aviation industry is set for significant growth following the government relaxing the previously high level of regulation and military control of low altitude air space.

“The general aviation industry is opening wide up in China and Pacific Aerospace, through our joint venture, is right there at the forefront. Civilian aircraft ownership is predicted to increase dramatically within the next five years, while demand for pilot training is massive. This places our joint venture activities in a very strategic position.

“With this in mind, the Flying Man TV show is a great way to reach aviation enthusiasts, aviation company executives and others looking to purchase utility aircraft in the areas of passenger, freight, survey, agriculture and skydiving operations,” he explained.

He said the P-750 XSTOL aircraft is the world’s most versatile utility aircraft and is able to take-off and land within just 800 feet, carrying a load greater than its own empty weight.

“This aircraft is unique as it can be easily reconfigured by operators to perform 10 different aviation purposes, including passenger, freight, survey, skydiving and agricultural operations, and is in fact globally recognised as the ultimate skydiving platform, able to carry 17 skydivers or six tandem teams.”

The Flying Man TV programme is an ongoing television series where Chinese celebrities go around the world to participate in unique aviation experiences.

A team of about 55 crew members form the production team filmed throughout the North Island this week.

The New Zealand episodes of The Flying Man will air on Liao Ning TV on 20 and 27 September, 21:20 Beijing time.