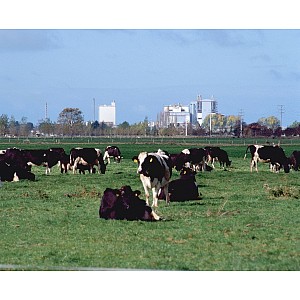 Chinese dairy giant Yili launched its first major foreign factory in New Zealand’s South Island on Tuesday, 25 November with the announcement that it will almost triple its investment in the plant by 2019.

The factory in Glenavy, South Canterbury built at a cost of $236 million was built by Oceania Dairy Ltd., a wholly-owned subsidiary of the Yili Industrial Group.

The factory is expected to process 220 million litres of milk generating 33,000 tonnes of milk powder this season.
Yili also confirmed it planned to invest another $400 million in the factory, which is already producing infant formula, over the next five years.

“The Oceania Dairy factory at Glenavy is Yili’s first major offshore investment and the company is very focused on ensuring the success of the operation,” said Yili Group executive president Zhang Jianqiu.

“As the world’s largest milk exporter, New Zealand is ideally positioned to work with China to meet the country’s escalating demand for milk,” he said.

“We expect to be handling more than 630 million liters of milk from local farm suppliers by the end of the expansion project in 2019, generating export revenues in excess of $700 million.” Oceania Dairy chief executive Aidan Johnstone said in the statement.

Increasingly more Chinese prefer overseas dairy products as the reputation of local brands was damaged in the melamine-tainted baby formula scandal in 2008.

Yili has also signed an agreement with Lincoln University of New Zealand to focus research on how to improve nutrition and to ensure quality of dairy products.

Yili, which purchased Oceania in April last year, is listed on the Shanghai stock exchange and claims its 2013 revenue of $7.6 billion USD makes it the 10th largest dairy company in the world.