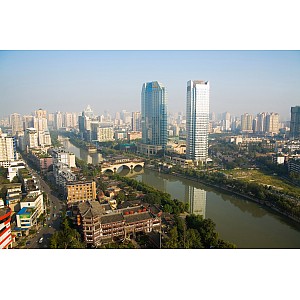 “We are now aiming to reach two-way trade with China of $30 billion by 2020 - having surpassed the earlier goal of $20 billion well ahead of schedule,” Mr McCully says.

“A New Zealand presence in the west of China will help us reach this ambitious target and provide further support for New Zealand companies who are looking to expand beyond the coastal cities of China.

“The Consulate will be a key part of New Zealand’s expanded diplomatic presence in China, which will also see additional staff deployed to Beijing, Shanghai and Guangzhou.
“Opening the Consulate also recognises the growth in consumer demand across China. It will allow New Zealand to continue to promote ourselves as an education and tourism destination in rapidly expanding markets.

“The post will cover Sichuan, Yunnan and Guizhou provinces as well as Chongqing municipality, with a combined total population of almost 200 million,” Mr McCully says.
Mr Crozier is a Mandarin speaker who has served twice before in China, including as New Zealand’s first education counsellor.  He has also worked in Viet Nam and Papua New Guinea and brings extensive knowledge of the region to his new role.