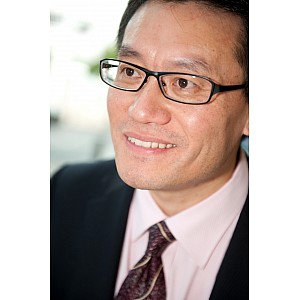 Mr President
- His Excellency the Chinese Ambassador Wang Lutong
- Delegates
- Distinguished guests and friends
It is my great honour to be here today to be officially launching New Zealand Chinese Language Week (“NZCLW”) together with my fellow trustees. As co-chair of this initiative, it is a great honour to me personally to be among you – particularly after four years after the initiative was raised - to announce it on this special occasion.

I would like to acknowledge the New Zealand China Friendship Society (“the Society”) for hosting us today, especially National President Dave Bromwich, one of our six trustees. I would also like to acknowledge our other trustees. Pat English, CEO of the New Zealand China Council, who has kindly introduced me, and my co-chair Jo Coughlan who is either on her way to China or is in China. Our other trustees Professor Neil Quigley and Sarah Thomson could not be here today but send their regards. As well as being a trustee Sarah Thomson of Waikato University is also our Youth Ambassador for the Chinese Language Week.

The Society is very special to me, in particular its historical links to 路易•艾黎    or Rewi Alley – whose journeys through China since 1927 were one of the great inspirations for people like me to make New Zealand our home.

Rewi Alley was the founder and inspiration for the Society, dedicating 60 years of his life to his adopted country, while remaining a New Zealander at heart. Many people like me were inspired by Rewi Alley. He’s a household name in China. Rewi Alley, together with many friends who followed him, made a significant contribution to the NZ-China friendship. For that reason, the Society is acknowledged and has a special place in the Chinese Language Week. The Society’s standing and its entitlement to have a permanent trusteeship is written into our Deed of Trust, the constitution of this initiative.

The idea of a Chinese Language Week in New Zealand was initially floated four years ago. From my first meeting with the former Race Relations Commissioner Joris de Bres in 2010 over a cup of coffee, to my final meeting with the current Race Relations Commissioner Dame Susan Devoy in 2013 when we shared a cup of green tea, the support for the initiative has been overwhelming.

Such an initiative is to be established in NZ not by legislation but by consensus. I thank all stakeholders who supported us. Without their support we would not be able to get this initiative launched and promoted in such a consolidated manner.

Special thanks go to the Chinese Ambassador His Excellency Mr Wang Lutong. Mr Ambassador I should add that your recent speech delivered at Victoria University in Wellington has helped shape my own speech here today. I also thank Consul-Generals Mr Niu Qingbao and Madam Tan Xiutan. Advisors from Chinese communities will be duly appointed with close consultation with the Chinese diplomats and community leaders.

I acknowledge the news reports by Xinhua News Agency and am glad to note that this is the third such initiative following Māori and Pacific language weeks, and the first Chinese language week in a Western country.

The Week is not simply about language, but more about enhancing cultural exchange and knowledge, familiarising ourselves with a different culture to allow ourselves to develop more meaningful and fruitful relationships with our neighbours. We need a Chinese Language Week because our relationship with China is about more than trade.

New Zealand and China just celebrated the 40th anniversary of diplomatic relations between our two countries, which was initiated under a Labour Government in the early 1970s.
As you will know, the visit of Chinese President习近平 Xi Jinping to New Zealand this November will be another occasion to celebrate this close relationship which continues to strengthen.
Trade between the two countries has more than trebled in the five years since the 2008 signing of our Free Trade Agreement with China. We remain the only developed country to have signed such a comprehensive agreement with China and they are now our largest trading partner in terms of both imports and exports.

The direct currency trading announced earlier this year made the NZ Dollar the sixth currency to be traded directly with the Renminbi and opens a new chapter in investment and financial cooperation between China and NZ.

Asian New Zealanders are our fastest growing ethnic group, with Chinese New Zealanders being the biggest single group within that, and Mandarin being widely spoken in our main centres that have large Chinese populations.

A Chinese Language Week in New Zealand would align with the foci of the New Zealand China Council. It is a great honour to be here today with the foundation’s executive director and our fellow trustee Pat English, whom we are honoured to have on board with Chinese Language Week. Mr English, a former Consul General to Guangzhou, is a good example and role model – just like many members of your Society - - of promoting bilateral and cross-cultural understanding. Given his experience and tenure in Guangzhou, I guess his pronunciation of Cantonese is better than mine!
This brings us to the point of how we understand and define Chinese or Mandarin.

Mandarin literally means “official language” and indeed, the topic of my speech in the programme for today – NZ Mandarin Language Week – highlights this very issue of how to define Chinese in a linguistic sense. Chinese has only one written language and hundreds of families of dialects, Cantonese being one of them.

It is said that in the year 1900 there was a Congress formed in order to determine which official language would become the national language. Anecdotally, the northern camp beat the southern camp and won by one vote – reportedly by accident! One candidate was speaking in a native dialect that had caused some issues and the congress eventually decided the main dialect in Beijing would be standard Chinese – hence we have Putonghua, the common language or standard Chinese.
Views are divided on whether Mandarin, linguistically and historically, is incorrect in reference to the standard Chinese. Mandarin means official language and is related to ancient capital cities in China. However six such capital cities can be named so we should really have at least six Mandarins or official languages. But I’ll leave this matter to experts and I note a number of professors and representatives from the Society and Confucius Institutes would be better placed to address the issue

Mr President, there are 171,000 Chinese people living in New Zealand, or close to 4 per cent of our population. Since day one, as our multi-culturalism would want to accommodate, integration is one important issue.

It is worth noting that the process of migrant integration, or settlement, requires two-way communication, not one-way application. Professor Andrew Sharp has noted “the more you think of yourselves as not ‘ordinary New Zealanders’ the less you will feel your interests and your cultures to be represented.”

I am confident that New Zealand can, and will, do remarkably well—indeed, it has already done well—in constructing a multicultural society. The rationale—if I have not oversimplified it—is that, for example, we are free and encouraged not only to be Chinese, or some variation of racial, linguistic, and ethnic Chinese, but also to be an ordinary New Zealander. To celebrate our differences is to promote our common purposes.
Positive and quality media will therefore play an important role. The ability for ethnic minorities to move from the margins of social and political life relies, largely, on the willingness of mainstream opinion to hear their voices, and the ability of the media to correctly report their differences.

But from the perspective of the Chinese community there are many issues that the community should try harder to address. One such an issue is that they tend to be reluctant to get involved in New Zealand’s legislative process. How many submissions did they make to Parliament over the last 20 years? Two or three as I was told. How active they are in New Zealand’s nation-building process? And what kind of role do the Chinese-language media play in helping Chinese constituents to become informed voters? In that regard, what Mark Twain said a long time ago seems to be still relevant to the Chinese-language media in NZ:

The same applies to online media. In that regard, we should probably encourage Kiwi Chinese to be more Kiwis than Chinese.

We cannot afford to have a marginalised community which is not part of the multi-racial big family. That probably explains another purpose of the New Zealand Chinese Language Week – which is to promote mutual understanding, settlement and integration of new New Zealanders.

Last year the Prime Minister John Key launched "New Zealand Story" with a theme of "open spaces, open hearts, and open minds", creating an inclusive, open and innovative national image for our country. Chinese Language Week can be a vehicle for communicating these NZ-Chinese stories which are shaping the next generation.

Equally, Chinese Language Week is one initiative to up-skill our future generations and give them the cultural and linguistic tools to be able to communicate and share both with China and their Kiwi Chinese – or “Chiwi” – neighbours. It will encourage more language learning and Chinese teachers in our schools as well as developing learning resources for business people.

A Chinese Language Week would support the development of a more globalised and inclusive New Zealand that celebrates cultural diversity. It would be a way in which our community can be celebrated and shared with all of New Zealand for a fair, equitable and brighter future.