<< Grand Designs: an Italian master class for collaborating with China Food Safety in China in 2011 >> 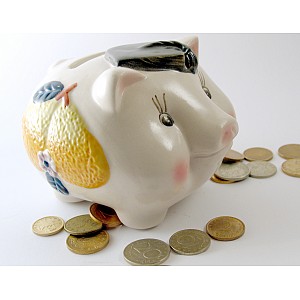 The surge in China’s pork prices between May and June may have increased the anti-inflation challenge facing Chinese politicians and undermined the confidence of middle class consumers, but it has also exposed a string of attractive business opportunities to international investors. Various companies – not only traditional players in the field of pig breeding and meat processing, but also investment banks, real estate developers and even information technology companies – have rushed to China’s swine industry for a piece of the profit.

As the world’s largest consumer of pork, China produces some 50 million tons of the meat every year to feed its 1.3 billion people. That’s good for a 55 percent share of global production. However, such production capability is often volatile due to low concentration. According to a recent Reuters report, around 60 percent of China’s 200,000 pig farms are small-time breeders that produce fewer than 40 hogs each year, and they can easily exit production when there are any market factors causing pork prices to fall. A report published earlier on ThePigSite.com – a web site with news and technical resource to the global swine industry – also pointed out China’s top three meat processing enterprises together have only a combined 3.7 percent of the national market.

The Chinese government usually offers subsidies to help small-scale pig breeders control diseases and encourage them to boost production when pork prices are high. This year, following a year-on-year 57.1 percent pork price surge in June, Beijing has resumed an RMB2.5 billion subsidy to spur pig breeding and prevent future supply shocks. However, past stories indicate that the market’s scattered pig breeders, together with the subsidy offering, have somewhat contributed to periodic price fluctuations which can exacerbate the country’s inflation levels or harm the interests of small pig farmers. A recent report by China’s Guangzhou Daily summarizes that there have been six salient pork price turbulences in the past 26 years: in 1985, 1988, 1994, 1997, 2004 and 2007.

For the ever-increasing Chinese pork consumers, food safety has also grown into one of their major concerns in recent years as a lack of monitoring has sometimes threatened public health. Earlier this year, one of China’s largest pork processors, Shuanghui, was accused of purchasing pigs from farmers using banned drugs to promote leanness.

The current conditions of China’s pig breeding market have thus been attracting more and more international investors. The turbulent and often short pig supply gives them the prospect of great profit, the subsidiary system can work as their safety net when the market is down, and the demand for safe and quality pork can provide them with perfect marketing points.

Guangzhou Nature Healthy Food Co. Ltd, a food company backed by the Guangzhou-based real estate developer Mayland, has said it expects to see its pig breeding base – on which the company invested RMB150 million back in 2008 – to bring an annual profit of over RMB100 million this year. The Chinese company also emphasizes that its breeding facilities and feed are imported from the United States in a bid to highlight the safety and quality of its pork products.

New players to the market

Global investors have been eyeing China’s pig farming market since the last round of pork price fluctuations back in 2007, when prices went up significantly due to a supply shortage after the Porcine Reproductive and Respiratory Syndrome outbreak. Although the market was later cooled down in 2008 as a result of the government’s price control and production boost measures, farsighted investors have discovered the secrets behind the market’s ups and downs and see the industry’s massive potential.

Private equity arms of foreign investment banks started their large-scale investments into Chinese pig farms back in 2007. Towards the middle of that year, Deutche Bank Group’s DWS Investments established the DWS Global Agribusiness Fund with investment in China’s breeding businesses. Not long after that, in 2008, Goldman Sachs also announced investments of US$200 million to US$300 million in acquiring a dozen pig farms in China’s Hunan Province and Fujian Province. The U.S.-based investment bank is also among the investors in two of China’s largest meat processing companies, Shuanghui and Yurun Group, and obtained distribution and marketing support from them for its invested pig farms.

Investor interest in pig farms has been further upgraded this year as a result of the significant pork price increases. In June, Japan’s Mitsubishi Corp. – along with its subsidiary meat processing companies Itoham Foods Inc. and Yonekyu Corp – teamed up with one of China’s largest food manufacturers COFCO for an RMB10 billion-pig breeding joint venture (JV). The three Japanese companies have agreed to subscribe for a 33 percent share in the new JV. The cooperation marks a serious step by Mitsubishi into China’s meat market, expanding the company’s fame from heavy industry to the dining table of the Chinese consumer.

In addition to the Japan’s Mitsubishi, the Thailand-based Charoen Pokphand Group has kicked off the construction of a pig farm with a production capacity of 500,000 hogs every year in Shandong Province, according to Reuters. The company is also building a farm that can produce 1 million pigs every year in Guangdong Province and another one with similar production capacity in Henan Province.

Some Chinese companies that used to be engaged in other types of business are also willing to spare some of their funds for investments into pig farms. In 2009, China’s largest private conglomerate, Fosun International Ltd., invested RMB160 million into a pig breeding enterprise; earlier this year, the Chinese internet company NetEase.com, Inc. announced plans to launch a 80-hectare pig farm in Zhejiang Province; and the Chinese computer giant Lenovo also recently announced an injection of US$30 million into a Jiangsu-based animal breeding business.

As China’s massive demand for pork is also driving domestic pig breeding businesses to look for knowledge and new genetic lines overseas for rapid breed improvements, many foreign genetic companies are also seeing an increase in their export volumes to China.

A deal signed last year between China and the United Kingdom – which allows the export of the U.K.’s breeding pigs – is hoped to bring business deals that are worth US$73.8 million to the British swine industry over the next five years.

Benefiting from the deal, the British company JSR Genetics shipped over 800 breeding pigs to China’s Guangzhou earlier this year. Such exports are hoped to help boost China’s pig production, since it is reported that an adult boar can sire 6,000 piglets every year with artificial insemination techniques.

Just like other foreign investors, the Yorkshire-based JSR and the Cambridge-based JJ Genetics are also considering plans to expand their business in China.

China’s current Foreign Investment Catalog does not include many restrictions on foreign investors’ entry to the country’s pig breeding industry, making it relatively easy for foreign companies to seek expansion in the market. It is hoped that the increasing international participation, which brings scale and technology, will help with the modernization of the country’s pig industry. However, since domestic concerns are emerging that the scale of foreign pig producers may easily manipulate the market price and threaten the meat supply security, some Chinese experts are also calling for the government’s reasonable control over foreign investment into the area.

This article was kindly supplied by China-Briefing.com.

<< Profile  < Grand Designs: an Italian master class for collaborating with China | Food Safety in China in 2011 >