<< Food Safety in China in 2011 Confidence in Uncertainty: The Fundamentals of China’s Lasting Commitment to Australia >> 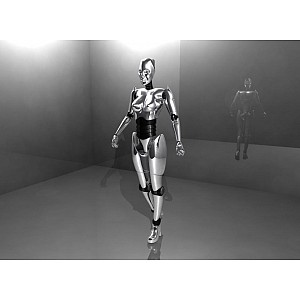 Chinese low-end steel products like billets and hot-rolled coils are no longer favourable targets for foreign buyers. Instead, China’s steel industry is becoming a higher value-added supply base.

China is the world’s largest steel manufacturer and is still growing fast in terms of output, product range and quality. It is becoming virtually impossible for overseas steel players to avoid a China agenda in their business estimations, either in the form of engaging China as competitor or as partner. Yet foreign steel players are now finding that China’s steel industry is becoming a whole new entity.

No longer only a supplier of raw materials

Overseas buyers are finding that the competitiveness of Chinese low-end steel products (e.g. billets and hot rolled coils) is not as attractive as it was five years ago. The main reason for this is the government’s restriction of exports and the growth of related industries. In 2005, the Chinese government raised the concept of ‘highly-polluting, energy-intensive and resources-dependent industries’ and determined to strictly control the expansion of these industries and their output of low-end products, including low-end steel products. Since 2005, several measures have been introduced to counter a rise in steel exports. These measures mostly took the form of reducing or cancelling export rebates. Although some export rebates were reinstated to secure exports during the global financial crisis, a new policy of removing the export rebates of hot rolled coils and profile steels was announced in mid-2010. The rebate cuts were intended to help the government ‘control’ the steel industry and improve energy efficiency by increasing the export costs of low-end steel products and driving obsolete mills out of production.

A higher value-added supply base for overseas steel players

China is now exporting an increasing amount of high value-added steel products such as pipes and rails. Overseas steel players are now able to cooperate with Chinese suppliers to source finished steel products to supplement their own supply in terms of both quantity and product range. If we take electric resistance welding (ERW) pipes as an example, in recent years China has imported more than 20 advanced technical production lines from abroad. As a result, China’s manufacturing capacity of ERW pipes is set to attain leading international levels in terms of output, product range (from very thin wall thickness to very large diameter), manufacturing facilities as well as product quality. In addition, price and delivery times are remarkably still substantial advantages in China. Chinese pipes have been exported in large quantities to the US and other regions for years now and have encountered anti-dumping measures due to their competitive pricing, which has affected China’s exports of these pipes. However, Chinese suppliers have been exploring emerging markets such as Latin America and Africa.

The fact that the majority of Chinese steel mills were designed by Chinese engineering companies and are using equipment made in China is indicative of the fact that China has internationally competitive engineering companies and equipment manufacturers for steel mills. Many international metallurgy engineering companies such as Danieli, SMS, and VAI have established manufacturing bases in China and are also sourcing from OEM partners in China. Chinese metallurgical equipment and technology have been exported to many countries and to some of the world’s major steel players. China has a clear advantage in designing, producing and exporting the following equipment: long products rolling mills, thin strip rolling mills, complete line for seamless/welded pipe production blast furnaces, steel melting furnaces, secondary refining furnaces, continuous casting machines, roller tables, cooling beds, roll changing devices, coilers and uncoilers, cutters, shears, saws, cut to length lines, and slitting lines (see charts above and on previous page, right bottom).

For overseas steel mills, there are big opportunities to source the following consumables from China: rollers (see chart below, left), side guides, continuous casting moulds, refractories, hydraulic/pneumatic cylinders, pumps, valves, hoses, couplings, and cardan shafts. Taking rollers as an example, China’s export volume was 32,287 tons in 2009, with an export value of around USD 180 million. The major export destinations were South Asia, the US, India, Korea and Turkey. There are about 300 roller manufacturers (with total annual capacity exceeding 700,000 tons) in China. More than 10 companies are capable of producing 10,000 tons per year. Since 2008, Chinese manufacturers have enhanced their manufacturing technology and facilities by means of joint ventures, restructuring and technological innovation. Chinese suppliers are currently also aiming to upgrade to international standards by using high quality raw materials or by shortening delivery times and providing more value added service.

With improving manufacturing conditions, cost competitiveness, maturing engineering capabilities, growing commercial capabilities, favourable policy from the government and enthusiasm of Chinese suppliers to expand in overseas markets, there is much room for overseas steel players to source from China and to include a strategic China agenda in their development plans for the 2010s.

Note: This article originally appeared in the March 2011 edition of The China Analyst.

<< Profile  < Food Safety in China in 2011 | Confidence in Uncertainty: The Fundamentals of China’s Lasting Commitment to Australia >