Interview with a Chinese “Balinghou” 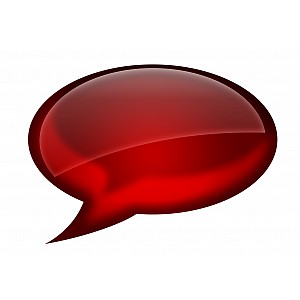 Keen to see the world through the eyes of a 28 year old Chinese graduate working in Beijing?

Linda Liu is as an HR Assistant for Founder Century, a Chinese IT distributor. She belongs to China's "balinghou" generation. See what Linda has to say about her generation, the Shanghai Expo and Lord of The Rings.

What does “balinghou” actually mean?

Ba ling means 80 and hou means after so balinghou people are people born in the period 1980-1989.

Well, we are the first generation born after China started its reforms. Our parents lived in a tougher, less open world than the one we grew up in; material conditions were much better for us. When we were born, the one-child policy was firmly established, just one child in the home so, according to the media, we are spoilt and self-centered. I remember, when I was 12 or 13, becoming aware of the negative stories about us in the media. Older people said that we would be incapable of continuing to build China.

What are the positive characteristics of the balinghou generation?

We are supposed to be open-minded, and dynamic, and more creative than our parents. There is a famous film by Jia Zhangke called 24 City. There is a woman character in that film who is supposed to be a typical balinghou. She’s very fashionable, she dresses well, she doesn’t want to work full-time, she travels a lot, she’s not married, doesn’t have a steady boyfriend, she lives in a small town but she doesn’t want to stay there. She values freedom and movement and consumerism. Her job is shopping! She goes to Hong Kong to buy things for rich people.

How do balinghou people feel about working for foreign companies?

They like to work for foreign companies because they are open. They can speak foreign languages and are better able to adapt to other cultures than their parents’ generation.

Can they work well without supervision?

If they really love the job and want to make it their career, they can. But they may not always understand what work methods they are supposed to use… And some balinghou people just want to get some money, some experience or learn some new stuff in the company, and so they may be lazy and may not work well without supervision.

Linda, you went to Wuhan University which is one of the top universities in China. What percentage of your classmates can speak English?

All of them can speak some English and about half of them would be operational in English. If they work for foreign companies, obviously their English is better. If they work for the government, they do not have the same opportunities.

So one of the attractions in working for a foreign company is to be able to keep practicing English, is that right?

Sure. One of my roommates was very good at school, she was much better than me at English. When she found out that I was working for a foreign company and was able to speak English every day, she was quite jealous.

When you graduated from Wuhan University, you initially worked for an NGO and then you decided to work for a foreign company. Is that right?

Yeah. At Wuhan I majored in social work and psychology so that led me to the NGO but I didn’t really like it there – it was like a state-run company and there wasn’t much room for initiative and creativity. I remember when I tried to push things ahead fast on the update of our website I got told off; that was two years ago and they still haven’t done the update. Then I got an opportunity to work in an Italian environmental consulting company that was setting up in Beijing and I thought it would be a good way to improve my knowledge, speak English and work with Europeans.

How did the Italian company go about setting up in Beijing?

Italians have a saying about “fare la bella figura” (to make a good figure)! When they arrived in Beijing, they rented a large, expensive office in a prime location and had a big party to launch the new operation. Even the Italian ambassador came! But the business plan, and the obstacles, had not really been thought through.

Eight months later almost all the staff had been laid off and the office was empty. A technical manager and me and a Chinese guy who spoke Italian were the only ones left! At the beginning we all thought the company was going to be big and successful and we were excited. I think Italians are optimistic people and I guess they thought they would be able to succeed relatively easily in the Chinese market. They thought, “look, we have good staff, good skills, a beautiful office and a proven track record in Italy, things will work out!” But problems arose very quickly. The General Manager travelled back to Italy a lot and when he was gone staff were not supervised well and were not clear about what they were trying to achieve. Also they didn’t have good connections to Chinese government officials and didn’t really understand how to do business in China.

On a different tack, Linda, have you visited Shanghai Expo?

Which one was the best?

I think I liked the Spanish one the most because they were very smart. They divided their pavilion into three sections. The first section attracted us because the theme was passion and it was presented really strongly. You walk into a big dark space, there’s a film with powerful images of sea waves and horses galloping on the wall, there’s music and, on a very simple stage with no barriers around it, a Spanish woman dancing flamenco. The crowd was mesmerized. The second section was a bank of images from the last hundred years of Spanish history, it was interesting too. And the third section was a kind of weird baby, I’m still not sure what it really meant! And also the construction of the pavilion was simple and easy to take down.

What did you think of the NZ pavilion?

It was the first one I went to but I wasn’t really attracted by it. There were screens showing lots of different elements of NZ life, like green pastures and blue skies and also city life but it all seemed to me to be jumbled together and there was no clear theme, I didn’t know what to focus on. Then I went to the outside part and saw the big stone but I didn’t realize it was jade until a NZ guy explained it to me! I could tell they had spent lots of time preparing the pavilion but it didn’t seem to me to work very well.

So you didn’t have any emotional reaction in the NZ pavilion?

No, I didn’t… but other people have told me that there are performances there now. That would make a big difference. On the internet now, the NZ pavilion has become quite famous!

What image do you have of NZ?

I think it must be very quiet and clean, and very beautiful, with a good environment. And I guess there are lots of Maori people there and they are quite mysterious to me.

Did you get this image from the pavilion or did you already have it?

I already had it.

Have you ever seen a NZ movie?

I’ve seen Lord of the Rings and at first I didn’t know it was made in New Zealand. I was fascinated by the beautiful mountains and the beautiful nature, I think everyone in the whole world had the same feeling. New Zealand is now a famous place to shoot movies.