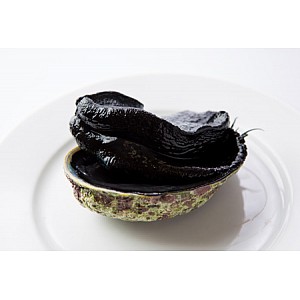 The promotion with Tmall.com will take place between 9-15 April, allowing Chinese shoppers to buy live seafood fresh from the sea in New Zealand, then have it packaged and air freighted to Shanghai within 36 hours. Within 72 hours, the seafood orders will be delivered to Chinese consumers across the country. The New Zealand products available for sale include paua, greenshell mussels and Bluff and Pacific oysters.

Online shopping is a major trend in China. In 2013, the number of online shoppers surged to 302 million, surpassing the number of American online shoppers for the third year. Capitalising on growing demand from China for imported food, Tmall.com is continuing to build its fresh food platform (http://miao.tmall.com/) through this joint promotion with NZTE.

Mike Arand, NZTE Trade Commissioner in Shanghai, said: “This channel gives New Zealand companies access to efficient and scalable ways to expand sales in China, so we are very excited to have our first New Zealand promotion with Tmall.com.

“Tmall.com is known not only in China, but around the world for their online sales and logistics expertise, and New Zealand is well known in China for fresh and safe seafood, so we think this is an excellent combination and look forward to a successful ongoing partnership.”

Trade Minister Tim Groser gave his support to the cooperation while in China with the Prime Minister last month, saying a marriage between New Zealand’s food, seafood and wine and Tmall.com’s great e-commerce strength is a marriage made in heaven.

For more information and to obtain high-res imagery of the promotion, please contact:

The Live New Zealand seafood promotion on Tmall.com will launch 9 April 2014 and run until 15 April 2014. Key pre-launch information will go online between 5 – 8 April to build awareness for the promotion. Both can be accessed directly through Tmall.com or from http://miao.tmall.com/go/market/miao/xhxxl.php

New Zealand Trade and Enterprise is the Government’s international business development agency. Our purpose is to grow companies internationally – bigger, better, faster – for the benefit of New Zealand. We work to increase New Zealand companies’ international success, by helping them boost their global reach and build capability.

Tmall.com (www.tmall.com) is dedicated to providing a first-class shopping experience for increasingly sophisticated Chinese consumers in search of top-quality branded merchandise. It was launched in April 2008 as part of Taobao Marketplace and became an independent platform in June 2011. Thousands of international and Chinese brands and retail merchants have established storefronts on Tmall.com. According to iResearch, Tmall.com was the largest B2C online retail platform in China based on the value of goods transacted as of September 2013. Tmall.com is a business within the Alibaba Group.

Oceanus International Trading Company Limited (www.oceanbest.en.alibaba.com) is a company dedicated to research and development, importing, promoting and distributing New Zealand seafood in China since 2011. Based in Shanghai, they specialise in live seafood, partnering with New Zealand suppliers of black abalone, geoduck, mussels, Bluff oysters, pacific oysters and clams. The company comprises of a young Kiwi-Chinese management team with over ten years study and work experience in New Zealand.