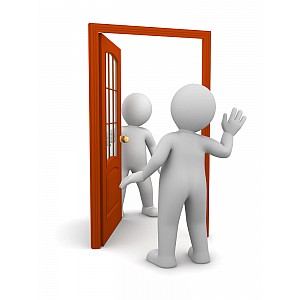 The Chinese Government has announced plans to abolish the hukou system – the form of “internal passport” that restricts the movement of Chinese nationals within the country. The move will trigger a mass push towards urbanization and provide migrant workers with a full range of social services in cities away from their hometown. The decision does away with decades of discrimination amongst China’s massive army of travelling workers.

The announcement was made at the China Urbanization Conference last week, at which both President Xi Jinping and Premier Li Keqiang spoke of the need to urbanize China’s smaller cities as a huge engines for growth. The announcement echoed plans proposed during the Third Plenary Sessions held last month.

The hukou system will be fully removed in towns and small cities, allowing integration of their migrant worker populations. The system will also be gradually phased out in medium-sized cities. Some restrictions will remain in place for the larger metropolises such as Beijing and Shanghai in order to prevent large numbers of workers swamping these cities’ social infrastructure.

These reforms are necessary to enable China’s workers to move to smaller and medium sized cities with the comfort of being able to access welfare, education and medical services. Prior to this they were classified as “rural residents” and only able to claim these services in their home town or village.

The aim is to create “urban clusters” across China, which will help cities such as Wuhan and Changsha attract migrants and boost productivity. The conference also cited three main metropolitan areas that will be developed:

This will allow previously migrant workers to settle throughout these areas, and specifically into the smaller cities in these massive regions.

Chris Devonshire-Ellis of Dezan Shira & Associates comments that “this will be a major economic driver for China as small-medium cities will now be able to grow properly and offer incentives to attract migrant labor and talent. This has worked well in the past in cities such as Shenzhen – now one of China’s wealthiest and with a huge ex-migrant population. Shanghai has also benefited from a long term flow of Anhui workers into the city. The abolition of the hukou system will create a new dynamic of better integrated people with more confident skill sets as they will need to adapt to new surroundings and this tends to have a positive effect on social attitudes. The available labor pool in urban areas will also increase and become more stable and this is good news for developing sustainable manufacturing businesses in the lower tier cities.”