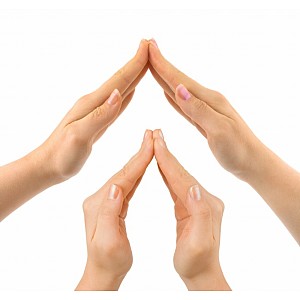 China’s Social Insurance Law provides that foreigners working in the country are required to participate in the national social insurance scheme. In September 2011, the MHRSS further promulgated the Interim Measures for Participation in the Social Insurance System by Foreigners Working within the Territory of China (Interim Measures), which became effective on October 15, 2011 and laid out the specifics of the requirement.

Individuals from Taiwan, Macau and Hong Kong are included. Foreigners who are dispatched to work in branches or representative offices duly registered in mainland China after having entered into employment contracts with overseas employers are also required to participate in these insurance programs, with the social insurance premiums to be contributed by themselves and the domestic entities.

It has been two years since the requirement for foreigners to participate in social insurance in China has been enacted. Currently, this requirement has been at least partially implemented in 25 major cities including Beijing, Chengdu, Qingdao, Suzhou, Wuhan and Tianjin. However, it has yet to be mandatorily implemented in other cities that have a concentrated number of foreign-invested enterprises (FIEs) such as Shanghai, Dalian, Dongguan and Wenzhou. Since the social insurance contribution of foreigners can add as much as 40 percent to the salary of a foreign employee, it is becoming a burden for FIEs, which is the reason why these cities are reluctant to implement the program as it may affect their ability to attract foreign investment.

Many foreigners question the requirement to contribute to China’s pension fund because many of them do not intend to stay in China for longer than 15 years – the threshold number of contribution years required in order to be eligible for receiving pension. Although the law states that the pension payment can be taken out in a lump-sum when the foreigner leaves the country, the procedures for doing so are still unclear. In addition, if a foreigner working in China under a work permit becomes unemployed, he/she will usually be required to leave the country. This puts into question the efficacy of the requirement for foreigners to contribute to an unemployment insurance fund, since they are not likely to be able to enjoy unemployment benefits.

According to Korea’s agreement with China, for example, personnel dispatched to the other country are exempt from pension contributions for a period of five years. Currently, China is under negotiations with Japan, the U.S., Singapore and several EU countries including France, Sweden, Belgium, Finland and Spain to enter into bilateral social insurance treaties.