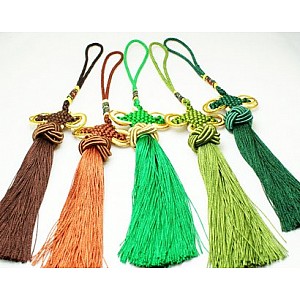 This year has been a landmark year in our joint economic history, with China overtaking Australia as New Zealand’s major trading partner. In 2013, China-New Zealand trade has reached $16 billion and now accounts for one in every five dollars of our overseas trade.

The key to unlocking more of those billions of dollars in trade is great communication. Although many Chinese people speak English, Western trading partners who can speak Mandarin at professional level has been a major advantage.

Being able to speak Mandarin well is crucial in establishing a good Guanxi, or relationship. Good Guanxi improves the potential to clinch the deal. If you can speak the language more fluently, not only are you communicating more effectively, you have a deeper and richer understanding of the culture you are encountering.

The Mandarin Speech Group was established in September 2013 by a few Wellingtonians, including Jeanne McKnight, Jason Young and Vallen Han. The group met at the dinner function after New Zealand China business symposium in Wellington.

Both Jeanne and Jason have lived and learnt their Chinese in China. They find Chinese is useful for their work, but found it difficult to maintain it in New Zealand due to the lack of a language environment. As a result, the club was created to create an environment for professional people around Wellington to improve their language skills.

The club meetings are held weekly at New Zealand Post House in downtown Wellington. The meeting follows a similar format to International Toastmasters Clubs - a series of speeches, followed by an evaluation for the speakers to receive some feedback. The meetings last for 45-50 minutes and are conducted only in Mandarin.

The club has an excellent mix of people with multi-lingual and multi-cultural backgrounds. Some members are non-native Mandarin speakers who have experienced Chinese culture and learnt Chinese, while others are native Mandarin speakers who live in New Zealand and learnt English as a second language. Both groups appreciate the culture difference and diversity, and enjoy sharing their cultural insights, including during the meeting’s ‘theme of the week’, which involves topics such as living in China, Chinese food, work in China, and even Chinese songs…

So far the club meetings have been extremely successful with the trial group and we hope to have more members join us in early February 2014. The club is for people with intermediate to advanced level Mandarin. If you are interested, please contact Ana Baide at ana.baide@comcom.govt.nz for more information.