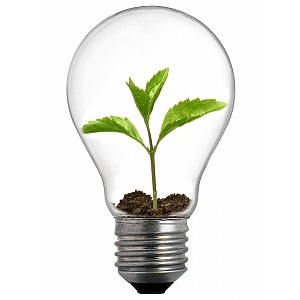 Traditionally, China’s reputation for copying has overshadowed any of its talents in innovation. After a low-key decade of progressing innovation through commercialisation (trial and error enhancements of Western innovations) Chinese companies have become innovators in their own right, taking on their Western counterparts with the financial support and backing of the Chinese government.

China is no longer the low-cost manufacturing base that it once was, a revolution of change and innovation has begun and it is estimated that China will surpass the US and Europe and become the world’s largest investor in R&D in a decade (the US is currently investing nearly double that of China). In 2012, China spent just under 2 per cent of GDP on R&D, around US$160billion, around three quarters of which was made by businesses. Huawei, the global telecommunications equipment and service provider, invested US$4.8billlion into R&D in 2012 alone. Somewhat less well known, China’s biomedical sector is also investing billions of dollars into innovation as it strives to transform itself from a manufacturing base to a nexus of innovation.

Historically, China’s path of development and innovation has been largely determined by the ‘Shanzhai’ evolution. However, this school of thought is not only outdated, but is being overshadowed by the story of China’s own unique paradigm for innovation. The term ‘Shanzhai’ refers to businesses based on fake or pirated products. Shanzhai companies are now themselves becoming leaders in innovation aided by their fast, flexible, innovative and risk taking corporate culture. As the Chinese market has matured, so has the Shanzhai phenomenon, which is no longer about low-cost imitation products but rather about a certain cluster of Chinese companies achieving success through an unconventional path. Many companies of ‘Shanzhai’ origins are now developing a competitive advantage through innovation to emerge as leaders in their field, with their own IP portfolios.

Two factors that have driven the success of Shanzhai businesses is their no-complacency attitude and their ability to disrupt the status quo by consistently inventing fresh and local market specific strategies. Examples of this are:

The ‘Shanzhai’ story has characteristically followed a trend where companies initially focus on the domestic market targeting mass consumers. Product development works on a very short time cycle, which gives ‘Shanzhai’ companies a clear time advantage over their competitors. Arguably the most differentiating factor from their competitors is their understanding and ability to adapt products quickly to the requirements and needs of local consumers. Western companies can learn from their ‘Shanzhai’ counterparts, particularly from their local market knowledge and strategies for success. Whilst it may be argued that the ‘Shanzhai’ culture impaired creativity and competitiveness, it has been a key factor driving the grassroot level innovation locally throughout China by offering more choice at lower price points to targeted consumer markets.

The global reach of Shanzhai businesses will create pressure as these Chinese companies, now funded heavily by government initiatives, impose their ‘pace advantage’ on its slow and bureaucratic Western counterparts. Western companies will not only have to increase and deepen their understanding of local market dynamics, but create systems to push through rapid change in order to respond quickly to evolving markets and fast-changing consumer preferences

China’s government is encouraging local innovation throughout China by allocating and directing resources to innovation hubs, as illustrated in the 12th Five Year Plan. Innovation is occurring at a business-to-business and business-to-consumer level in China. Generally, breakthroughs in China go unrecognised by the global community and most of the product innovation in China stays there. However, China is leading innovation in sectors such as communications equipment and alternative energy. According to McKinsey, China has created the seeds of 22 Silicon-valley-like innovation hubs within the biotech and life-science industry. At present, domestic companies have limited incentive to adapt and innovate products for sales abroad because of the size and depth of the Chinese domestic market. However, as Chinese companies look to expand their capabilities globally, they cannot continue to base their business model solely around their local resource advantage, which is why it is of fundamental importance for Chinese companies to integrate innovation into their business culture. Opportunities for Australian companies lie in helping Chinese innovators understand what drives customers and how to foster a company-wide risk taking and collaborative corporate culture within their organisation.

China’s natural advantage in these industries comes not only from scale/size advantages but also its advanced manufacturing techniques and experience which improves efficiency.

The Chinese government is cultivating an environment for innovation by creating policies and directing resources so as to favour Chinese innovators and Chinese made goods and services over their multinational equivalents. In addition to this, the government has targeted specific sectors. For example, the Chinese government has changed the face of the High Speed Rail industry by implementing targeted policy to (i) encourage technology transfer from multinationals in return for access to the Chinese market and (ii) coordinate research and development investment into the domestic industry.

So, for Western companies that think there is safety at the higher ends of the value chain… now is not the time to be complacent, Chinese companies are hot on your heels!