<< Businesses making it in China honoured at awards night Join the banquet to celebrate success with China! >> 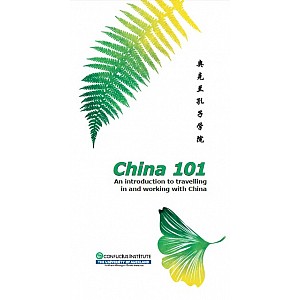 Confucius Institute at The University of Auckland
As part of our mission to increase understanding between China and New Zealand, members of the Confucius Institute in Auckland have put together a new guide to business etiquette and culture in China.
China 101, our handbag-sized guide for New Zealanders visiting China, was first launched at a ceremony organised by us during Chinese State Councillor Liu Yandong’s visit to New Zealand last year. State Councillor Liu’s visit took place ahead of the 40th anniversary of diplomatic relations between New Zealand and China on 22 December 2012. Her visit highlighted the strong links New Zealand and China have in science, technology and education, and the intention to boost co-operation between our two countries in these areas. Ms Liu has been servicing as a Vice Premier of China’s State Council since March 2013. The Office of Ethnic Affairs’ support of China 101 was acknowledged at the launch.
China 101 is now available online at no cost, for the first time. Click here to download the e-version (94 pages).
Aimed primarily at business travellers but useful for tourists, this handy booklet gives an overview of what to expect in China, easy mistakes to avoid, and tips on making good contact with the Chinese people. Useful advice is provided in an engaging format, starting with situations that may be different or difficult.
Hard copies of China 101 can also be picked up at the Confucius Institute offices at The University of Auckland, 6th floor, Owen G Glenn Building, 12 Grafton Road, Auckland. The hard copies cost $10 each.
Courtesy of the Confucius Institute at The University of Auckland, the NZCTA has 5 hard copies of China 101 to give away to members. Please email: offers@nzcta.co.nz

<< China General Interest  < Businesses making it in China honoured at awards night | Join the banquet to celebrate success with China! >