Further regulatory breakthroughs for the Renminbi 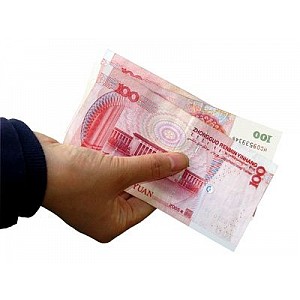 Subtle changes deep within the wiring of China’s foreign exchange regulations are quietly opening up and in the process having a profound impact on the profitability of doing business in the world’s second largest economy. “The impact is it will be easier for New Zealand companies to move money in and out of China”, says Cath Henry, Head of Global Payments and Cash Management for HSBC in New Zealand.

China is now actively looking to export renminbi. Creating a deeper pool of offshore liquidity is a key plank in its plan to promote the RMB first as a trade currency, then as an investment currency, and eventually as an alternative to the dollar as a reserve currency.

But it needs to achieve its aim while guarding against potentially destabilising capital flows, a necessity which rules out a ‘big bang’ of regulatory reform in favour of a more pragmatic and incremental approach based on pilot programs.

The latest initiative is where an European Fortune 500 company within China has implemented a RMB gross-in/gross-out payments solution. This allows the company to integrate its renminbi payments and receivables with the rest of its global treasury operations, cutting transaction costs, boosting the efficiency of liquidity management and reducing currency exposure. This is just the latest in a string of little-noticed but highly significant regulatory breakthroughs, both occurring on the RMB and foreign currency front. On the foreign currency front, in the past four months, (starting December 28 2012), China’s State Administration of Foreign Exchange has progressively relaxed the rules on what multinationals – both domestic and foreign – can do with their operating cash via the launch of its Foreign Currency Centralised Management pilot programmes.

In December, HSBC and Intel announced that they had been given the green light to carry out sweeping on Intel’s foreign currency holdings in China. Sweeping allows companies like Intel, which generates substantial cash holdings, to consolidate its free cash into a single liquidity basket that can be used to maximize return. The new scheme also allows for easier investments of capital or shareholder loans back into China via the use of the sweeping structure.

SAFE has also approved a pilot scheme that allowed another HSBC client to offset its foreign currency payables and receivables and remit them to its overseas treasury centre. Netting, as the operation is called, significantly reduces transaction processing cost and makes it easier to manage currency risks.

We believe there is potential that the People’s Bank of China will follow the gross-in/gross-out permission by giving qualified approval for renminbi sweeping for selected corporations before the end of the year.

These changes have been carefully targeted. They facilitate real flows of operating funds while maintaining the bulwark against speculative flows, a move that is in keeping with its other measures to relax restrictions on the capital account such as the expansion of the Renminbi Qualified Foreign Institutional Investor scheme.

Allowing companies to incorporate renminbi into the ebb and flow of their treasury management operations marks another milestone in integrating the currency into the global economy. Not only will it build demand for short-term renminbi-denominated cash management products, but it will also add to the pool of offshore RMB liquidity.

Cath Henry says “New Zealand companies working or investing in China should investigate these options. Doing business with China is getting easier”.

The delicate process of freeing up China’s capital and current account restrictions in order to allow renminbi to play a role commensurate with China’s industrial power will take time. But the recent steps to facilitate cash management will cut the costs of foreign corporations operating onshore, accelerate the integration of RMB into the global economy, and boost offshore liquidity.