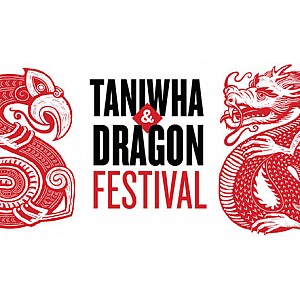 Auckland’s iconic Ōrākei Marae will host a pōwhiri and festival to celebrate the many bonds shared by Māori and Chinese peoples on April 27th.

“Chinese and Maori peoples are coming together to celebrate a shared history and a shared future. We encourage all Chinese people to come along, especially to attend the cultural welcome,” says Arthur Loo, Auckland Chinese Community chair.

It starts with a Maori welcome ceremony or powhiri, where a huge dancing dragon leading the Chinese community onto Orakei marae will be challenged in a show of force by the massed warriors of Ngati Whatua. Speakers from the tangata whenua and the manuhiri will recount the ancestral and traditional ties between Maori and Chinese peoples, their historical relationships and hopes for a shared future, before the two sides greet each other face to face with a hongi.

The festival that follows will feature traditional and contemporary Maori and Chinese entertainment, culture, craft and food stalls. At the heart of the Taniwha & Dragon Festival will be a workshop where traditional Maori and Chinese kites will be made and flown. In the run up to the festival some local schools have already been making and practicing flying their own kites.

“As tangata whenua, it is Ngati Whatua’s role and responsibility to make all cultures in Auckland feel welcome. Maori and Chinese people share the same ancestors, but our cultures have diverged over many generations,” said Mr Hawke.

“We have lived side by side in Aotearoa for many years, and now we want to bring our relationships up to date, face to face and personal, and to celebrate our similarities and differences,” he said.

“Good relationships make our whole community stronger. As individuals, Maori and Chinese people have always had contacts – now is the time to take things to a higher level, culture to culture.

“This powhiri and festival cements our relationships in accordance with our customs; we want to acknowledge our ancestral links, and encourage our neighbours to become personal friends and family, and to enjoy each other’s company,” Mr Hawke added.

Mr Loo said the Chinese community in Auckland is honoured to receive this kind of welcome onto Orakei marae.

“We are very excited to be welcomed into the heart of the Maori community of Auckland. This is a unique opportunity to meet the tribal people who first invited other cultures to settle here, and to learn about our city.

“All Chinese people who have come to New Zealand have brought with us our culture, history and traditions, and we are proud to be able to share them publicly on the marae and to feel they are welcome,” he said.

“Internationally, New Zealand is building bridges with China. Mutual understanding between our cultures here at home can be the solid foundation for developing business, educational, cultural and diplomatic links at the government level.

“This festival is a chance to share our traditional food, dance, music and kite-flying, not only with Ngati Whatua, but with all Aucklanders who want to join our day of celebration. We hope this will renew the long and happy relationship between our communities in Auckland,” said Mr Loo.

Click here to read a press release by the Hon. Pita Sharples.

To read an address by Hon. Pita Sharples to the NZ-China Partnership Forum, please click here.

Time: 9am Powhiri, 10am Festival

The Taniwha & the Dragon

Renowned, revered but never to be ignored: Chinese Dragons and Taniwha Māori are divine, cultural icons indigenous to the Asia Pacific region. Much more than mere monsters to be destroyed at all costs, Taniwha Māori and Chinese Dragons are celebrated in legend and song, fearsome but fearless, wise, lucky, powerful. They descend from the heavens and are personified in great leaders, tribes and nations.

The festival celebrates Māori and Chinese bonds that were:

“Māori ties to Asia can be found in our language, cultures and peoples. Today those bonds are embodied by present and future generations whose relationships are bound by family, cultural, economic, educational and community ties. In 2013, Māori and Chinese Communities pay tribute to their ancestors and celebrate a shared history, a shared future,” Pita Sharples, Minister of Māori Affairs.

An ancient treasure prized as much for its beauty as its sacred links to the Gods: few cultures share the same reverence for Yu (Jade) and Pounamu (Greenstone) - as Chinese and Māori. In New Zealand, Pounamu comes only from the waters of Te Wai Pounamu, the South Island. The stone embodies the beautiful Waitaiki and the taniwha or dragon, Poutini: kaitiaki guardian of all Pounamu. Other stories trace its genesis to the heavens showing Pounamu to be a child of Tangaroa, the God of the Sea. In China, Yu was created by the Gods to guide humanity and is known by many names, including the Stone of Heaven. Yu embodies the forces of nature and the universe and holds the key to everlasting life. Last year Te Papa unveiled their hugely popular Kura Pounamu exhibition at the national museum in Beijing China, it will remain in China for another 18-months touring provincial museums.

“We are delighted our Greenstone will be displayed at Guangdong, the ancestral lands of many Chinese New Zealanders. Pounamu and Jade are iconic symbols of Māori and Chinese culture and people,”

“Māori and Chinese people share a reverence and love for jade or pounamu that spans millennia. It is a profound icon for both of our cultures and one that we are delighted to celebrate together,” Arthur Loo, Auckland Chinese Community Centre Chair and member of the Taniwha & Dragon Festival organising committee.

“Gold is not a thing know to my ancestors, my only treasure is Pounamu”, Te Otatu (1870)

“We are thrilled to be part of China Southern Air’s pearl club frequent flyer programme. Identifying with our partners on cultural and business terms is how we do business.” Kauahi Ngapora, Whale Watch

“Relationships are fundamental to our business, for example we have a memorandum of understanding with Huangshan Tourism from eastern Anhui Province: an important relationship for us.” Wenbin Ju, Whale Watch

A tiny, unassuming bird that leaves New Zealand every April – flying non-stop for days and stopping only when it reaches northern China – is one of many ancient bonds to be celebrated this year at the Taniwha & Dragon Festival. Known in China as the Ban-Wei Cheng Yu (斑尾塍鹬), in te reo Māori as the Kuaka and in English as the Godwit, every year around this time thousands gather throughout New Zealand at Miranda in the Firth of Thames as well as Te Rerenga Wairua or Spirit’s Bay. A hugely sacred place, this is the departure point for Māori souls back to ancestral homelands. These birds cross the Pacific and head to northern China: stopping only when they reach Dandong, Liaoning Province. Their amazing flight is the longest non-stop flight of any bird on earth.

“I feel privileged to have had this amazing experience and to work on some of the Miranda Godwit projects that aim to help sustain this wonderful bird.”

Chinese Conservation Trust member Estella Lee has watched the Kuaka birds depart Aotearoa and then flown to northern China to see them arrive after their amazing trans-Pacific flight.

Investing in the education of young people is a vital way to boost development in rural areas whether they live in China or Aotearoa New Zealand. Last year as part of the trade mission led by Māori Affairs Minister Pita Sharples, Te Puni Kōkiri (the Ministry of Māori Development) launched an international agricultural exchange with the People’s Republic of China’s Government of Guizhou Province with Māori farming cadets heading to the Dusham Pastoral Seed Demonstration Farm to gain experience and provide practical support. The next stage will see animal husbandry technicians from ethnic minority communities in Guizhou arrive for a traditional welcome in Rotorua after which they will train at Wairarapa’s Taratahi Agricultural College and then move on to work at a series of Māori owned farms.

“Young people are crucial to the future of rural areas whether they are based in the pastures of China or the farmlands of Aotearoa New Zealand. It’s an honour to work alongside partners from the Government of Guizhou province in the People’s Republic of China on this milestone exchange that invests in our young people and their communities,” Te Puni Kōkiri chief executive, Michelle Hippolite

A delegation of Chinese doctoral students, studying in New Zealand, is being hosted by iwi members from the Central North Island Iwi Collective whose members took part in the 2012 trade mission led by Māori Affairs Minister Hon Dr Pita R Sharples. Students were welcomed with a pōwhiri and will tour various sites across the North Island as part of their stay. The inaugural exchange is hosted by the Central North Island Iwi Collective, ANZ and the Chinese Education Consulate.