<< Mayor Wade-Brown reflects on 2012 delegation to China Wine, Television and the Gibson Group >> 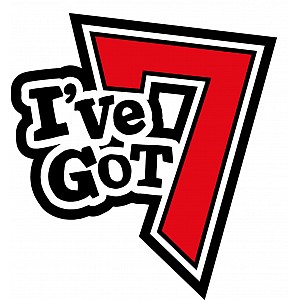 The Chinese government has designated seven special emerging industries for which it is targeting a GDP contribution rising from 4% in 2010 to 8% in 2015 then 15% by 2020. These industries are ones in which operators will receive special support including a special fund of US$1.1bn to support their development.

The industries are as follows:

The special assistance which will be made available is part of the benefit which Kiwi companies may gain from entering the sectors. But the bigger benefit is the political and bureaucratic support for crossing hurdles and “getting things done” which the inclusion of these industries in the 2011-15 Five Year Plan delivers. At this stage the authorities are working on lists of the key products and services which each industry provides and Kiwi operators should keep an eye out for these lists to see how their products may slot in.

But the relevance for Kiwi companies is not just that they may have products which are relevant to these industries, but that they may have componentry which can slot into the offerings which businesses from other countries are bringing in. That is, while building sales through direct interaction with Chinese operators is one route, the alternative route is contacting other Western companies and riding their efforts to enter these seven specially supported sectors.

I raise this possibility because one of the key things which we writers strive to get across to NZ businesses considering China is that it is a market with very different characteristics to Western markets and special effort needs to be made with regard to building relationships, timeframes, back-up capital, on the ground monitoring etc. If one does not feel able to develop the skills needed to operate in China effectively then an alternative does exist.

Speaking of alternatives, while the developing seven industries are important, their relevance is long term whereas there are some very strong short-term pressures in China currently which need to be acknowledged. They boil down to growth turning out to be less strong than expected recently with not just official data showing slowing growth but plentiful anecdotes of inventory levels rising strongly.

This inventory effect should not be ignored in China. The management systems and priorities of large companies in China tend to be more moribund and less profit-focussed than those in the West and this can manifest itself as a determination to keep producing outputs and maintaining employment and status in the hope that a slowing in customer demand will be very temporary. After all, the well-known three decade story for China is of continual positive growth surprises.

But China’s export prospects to the United States and Europe are not improving as those economies struggle under the weight of debt and now near ineffective monetary and fiscal policy options. The recovery of Western economies is taking much longer than hoped for and there is no reason for believing a firm growth period lies just around the corner. That means Chinese firms may face weak end demand for more than just a short period of time.

And to make matters worse, there is no sign that the much hoped and planned for lift in domestic consumption as a driving force in the economy is appearing. That means the ability of companies to substitute output toward the domestic Chinese market could be limited in the short term.

The upshot is that rising stock levels increase the risk of some swift production cutbacks in the near future which will quickly affect businesses which supply inputs into those Chinese operators. That is already manifesting itself as falling prices for Australian producers of the likes of iron ore and coal (think New Zealand’s Solid Energy here).

If possible therefore increase your contact with on the ground partners in China to get a better feel for stock levels in your sector. You don’t want to be in a position of having goods on the water and having a contract cancelled.