Wine, Television and the Gibson Group 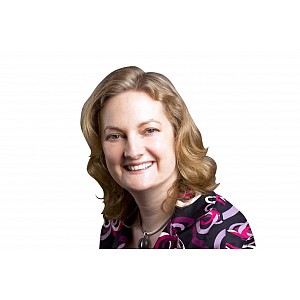 New Zealand might know a thing or two about wine, but what does it know about making Chinese television?

In June, Tianjin Television, one of China’s largest broadcasters, will air a 10 part series on New Zealand and Australian wine co-produced by Gibson Group and their Australian associates WTFN of Melbourne.

It’s a unique partnership which has not only produced great television, but the promise of great financial rewards, all anchored by the award winning Gibson Group.

The Chinese episodes of the series are sponsored by Dynasty Wines of Tianjin. The Australian episodes are financed by the Government of Victoria, and the New Zealand episodes are funded by a consortium of leading Marlborough winemakers – Wairau River Wines, Jackson Estate and Marisco Wines.

“We anticipate that this series will be distributed around China after its initial broadcast and will help New Zealand white wines, especially those from Marlborough, become better known in China. Ultimately, the goal is to make Marlborough white wine as famous and respected as French Bordeaux wine has become in the red wine category,” says Victoria Spackman, Chief Executive of the Gibson Group about the programme.

So, how did this project happen? And how did a Wellington company become involved?

First, a bit of background on Gibson Group: founded over 30 years ago by Dave Gibson, the company produces high quality TV programmes and movies, employs the best people in the business and has successfully diversified into high-tech, innovative museum and visitor attractions.

The Gibson Group has anchored itself firmly in Wellington and has developed a unique management style and point of view. It actively seeks challenges that interest its people and spark them intellectually and creatively.

This approach has led to local and international award-winning programmes, films and museum attractions, entertainment for people in over 80 countries and numerous international co-productions. Recently, Gibson Group won top global awards from the United Nations and the American Association of Museums for its museum work in Copenhagen. “The American awards are basically the Oscars of museum awards,” remarks Victoria.

So, why did this Wellington business decide to take on China? And how did it do it?

“In early 2010, our Australian associate, WTFN, approached me about attending the 50th anniversary celebrations of Tianjin Television – they had a 10 year relationship with the network through Melbourne’s sister city relationship with Tianjin” remembers Stephen.

“We did some research and discovered that Tianjin is an ultra modern city not far from Beijing, with 14 million people, high incomes, rapid growth, headquartering some of the world’s largest companies. The TV network reaches about 620 million people domestically.” Further digging revealed that 5 years previously Wellington City had entered into an initial formal relationship with Tianjin on earthquake and civil defence matters. Intrigued, the Gibson Group approached Wellington City Council for advice and moral support. Kerry Prendergast, Mayor at that time, and the international department agreed to endorse the Gibson Group’s visit and Stephen Richardson was made the representative of the Mayor and Wellington, as well as of the Gibson Group.

“Armed with these credentials and a video of Mayor Kerry for broadcast during the 5 day celebrations, I arrived in Tianjin to an official welcome, a motorcade through the city with the Deputy Mayor, a series of official functions and banquets with terrifying dishes,” says Stephen.

“Over the next few days, I managed to forge a strong relationship with senior Tianjin Television executives and local Government officials. This led to the mooting of a 3 way project between China, Australia and New Zealand.”

Coincidentally, the closest friend of one of the Tianjin Television executives was also the Chairman and CEO of Dynasty Wines, a long-standing joint venture between the Tianjin Government and Remy Cointreau of France. While the Chinese wine market is still small on a per capita basis, Dynasty is huge, with over 4,000 salespeople, 400 major distributors and major Chinese Government and retail chain accounts. The CEO expressed an interest in “new world” wines and the idea of an international TV co-production, Tianjin Television’s first, was born.

With the support of ANZ Bank Asia, a consortium of the three pioneering Marlborough winemakers – Wairau River, Jackson Estate and Marisco – was put together to use the co-production as a way of developing a business relationship with Dynasty and with China. Gibson Group formally introduced the winemakers to the head of Dynasty, leading to a suggestion of marketing co-operation in China.

The television series was shot in all 3 countries last year and is now about to go on air. Premium New Zealand wine is now being marketed by Dynasty and the Chinese wine buying public will learn the story of our wines. “Future prospects for New Zealand wine product in China look extremely promising” Victoria says “and we’re very pleased to have been part of it.”

“At the Gibson Group, we focus on ensuring that our staff learn as much as possible about China and doing business there. We have made numerous trips to China and developed relationships in many major centres, including Beijing, Shanghai, Guangzhou and Xiamen,” she said. “We employ a Chinese producer and our engagements with Mayoral Delegations and other formal visits have given us the opportunity to build relationships at very high levels, necessary for effectively doing business in China.”

The company believes that Chinese network TV is one of the cheapest and most effective ways of promoting New Zealand goods and services to a huge audience, as well as helping build strong marketing relationships with Chinese companies. TV content can also be modified for effective online/social networking use, which is a very powerful force in China.

If you would like to talk to someone at Gibson Group about China, please contact Victoria Spackman in Wellington on 04 801 2489 or victoria@gibson.co.nz or Stephen Richardson in Auckland on 027 4588 967 or stephen@gibson.co.nz. They’ll be pleased to help. www.gibson.co.nz