<< Wine, Television and the Gibson Group What Makes a City Tier in China? >> 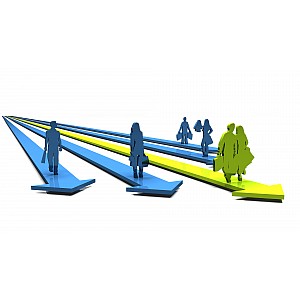 Affluent Chinese are the youngest of Asia’s affluent population with an average age of 36, followed by Indonesians at 38 and Indians at 39, according to the latest HSBC Affluent Asian Tracker.

Bruno Lee, Regional Head of Wealth Management for HSBC in Asia-Pacific says: “They're all in their 30s -- the wealth accumulation phase. You will not be surprised to see this group of people becoming bigger and bigger. At some point, it's possible that the number will surpass that in the mature markets.”

Glen Tonks, Head of Wealth, at HSBC New Zealand says: “While the survey did not specifically cover New Zealand there are lessons New Zealand investors can learn from investors in some of the fastest growing economies. Investing in RMB is becoming an increasingly important part of the affluent investors’ portfolio with 53% currently holding RMB deposits and 51% holding RMB investments. In addition, 45% plan to accumulate more RMB deposits and 31% plan to make RMB investments in 2H11.”

“The move to investing in RMB is being echoed here in New Zealand with the number of HSBC Premier customers opening personal RMB accounts having grown by 23% over the past quarter,” continues Tonks.

Highlighting their future investment plans, nearly six in 10 affluent individuals in China (59%) and Hong Kong (59%), followed by nearly a quarter in Singapore (24%) plan to invest in Greater China and Southeast Asian funds and equities in the next six months.

“As affluent Asians connect with family across the globe and increasingly travel within Asia for work and school, we expect overseas banking and investments to become an integral part of affluent Asians’ financial portfolios. As the potential for growth in Asia remains robust, affluent investors will continue to look to the region for wealth opportunities,” points out Mr Lee.

“Our survey shows that young, cash-rich Asians are willing to take a moderate level of investment risk as they increase and diversify investments in the second half of 2011.

While over half of affluent assets on average are parked in cash, the asset mix is set to expand as first time investors in a range of products especially in China and India are expected to increase,” he continues.

Mr Lee said: “In the last year, despite market disruptions caused by events in Japan and the Middle East, inflationary pressures in the region and continued uncertainty in the West, the majority of affluent Asians said they increased their wealth, capturing opportunities in the stock and foreign exchange markets.”

Mr Lee expects Asians to gradually become ‘all weather investors’ amidst continued global market uncertainty. HSBC’s survey shows that affluent Asians have the liquidity, appetite for diversification and a tendency towards a balanced risk mentality to help maintain and grow wealth in both good times and bad.

Mr Lee said: “Cash-rich Asians have the flexibility to capture opportunities swiftly and rebalance portfolios as market conditions change. Today’s affluent investors are also open to new asset classes such as FX which, unlike equity or fixed income products, can offer capital growth potential regardless of economic and market cycles.

“Our survey points to a balanced approach to investing across all markets, particularly the faster-growing markets of Indonesia, India and China which will deliver many of the region’s new investors.”

Please note, the full survey is available on request.

<< China General Interest  < Wine, Television and the Gibson Group | What Makes a City Tier in China? >