<< What Makes a City Tier in China? The Competitiveness of China's Labour Costs >> 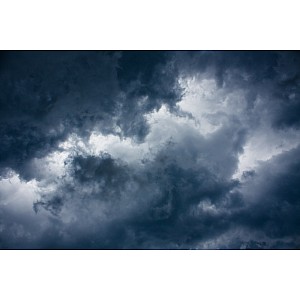 In a recent publication from Mahon China, David Mahon explains why New Zealand is losing China and what we can do to rectify the situation.

“New Zealand is losing China. The reluctance of New Zealand companies to seek opportunities in China, and the fragmented character of the New Zealand bureaucracy's international trade and commercial organs have led to New Zealand squandering an opportunity to return to economic balance and prosperity.” - David Mahon

Trade agreements that are not followed by integrated, commercial strategies are the most empty of political marriages. New Zealand’s free trade agreement, signed with China in 2008, is one such unconsummated marriage. In the early 1950s, American government officials posed a rhetorical question in Washington, ‘Who lost China?’ The United States had backed the losing side in the Chinese Revolution and, in doing so, squandered 100 years of deep commercial interests and the chance of a reasonably functioning relationship with Mao Zedong’s government.

The fragmented approach to China of the New Zealand private sector and the government’s commercial organs will lead to the same question, ‘Who lost China?’ being asked in Wellington and in the board rooms of New Zealand companies before the end of the decade. In the post war years of stellar economic growth, the loss of China was not an unmitigated commercial disaster for the United States; but, in these lean years of global economic instability, it will be for New Zealand. The deep political goodwill that New Zealand shares with China risks being damaged as the Chinese observe how New Zealand companies and government agencies have failed to unify and focus their commercial efforts, particularly in sectors such as food and beverage, food safety and agricultural technology. It was partly to gain benefit from these sectors within the New Zealand economy that China signed the free trade agreement. Recent Chinese acquisitions in New Zealand’s agricultural sector, such as US$10 billion Chinese agricultural giant New Hope Group’s investment in PGG Wrightson and Shanghai Bright’s purchase of Synlait, exemplify China’s capacity to take risks in foreign economies, and highlight New Zealand’s failure to do the same.

New Zealand cannot use recent growth in commodity sales to China as a simple measure of success. Passively taking prices in sectors such as timber and wool, which add only a portion of their potential value to the New Zealand economy, will distract the country from the business– and trade–related reforms it needs. New Zealand is not able to match the resources and capital available to the large Chinese private–sector companies, but over the last three years, New Zealand could have built some platforms in China to help alleviate New Zealand’s dire economic situation. New Zealand companies could have utilised the plethora of international China funds and abundant, hungry domestic Chinese capital, and begun the process of becoming regional forces in their sectors.

Too many New Zealand companies want to gain market access but do not realise that they need to have a full strategy before setting up expectations among customers and partners. And they must follow up swiftly. New Zealand companies are too slow. Already the brief focus on New Zealand that came from the free trade agreement is shifting because Chinese companies have seen the businesses of a small country procrastinate. I have invested in New Zealand but I am worried that the New Zealand media is feeding the idea that Chinese investment is bad and yet your politicians say nothing. Australians can buy dairy farms but we can’t. The growing impression in China is that investment in New Zealand is decided on the basis of race. Chinese venture capitalist

Stunned by the recession and inhibited by outdated perceptions of where global opportunities lie and methods to seize them, both the New Zealand Government and the private corporate sector are losing China. It is not, however, too late to avoid a historic error.

The responsibility for change remains fundamentally with the private sector; companies cannot treat New Zealand Government support in China in the same desultory manner that many have to date. Nevertheless, the New Zealand Government should intervene in the nation’s commercial process now and become both catalyst and torchbearer for international teamwork. This is no time for left/right political ideologies. Much can be learned from the late Deng Xiaoping, who said, when faced with China’s moribund economy and an administration of tired, rigid communists, ‘It does not matter whether the cat is black or white, as long as it catches the mouse.’ The New Zealand commercial cat must pounce before it is too enfeebled and malnourished to be capable of catching, let alone eating, anything.

These excerpts from Losing China are courtesy of Mahon China Investment Management.

Expatriate New Zealander David Mahon has worked in Beijing for more than two decades. His private equity firm Mahon China Investment Management Limited has been operating throughout China’s emergence as an economic power.

The company represents the China investments and interests of a variety of international financial and industrial groups. David himself has direct responsibility for the management of 19 Chinese companies.

He also advises a range of companies across a variety of sectors on all aspects of their China operations, from strategy development to facility establishment and partner negotiations.

Mr Mahon is China Advisory Board Chairperson of the New Zealand Trade and Enterprise Beachheads Programme.

<< China General Interest  < What Makes a City Tier in China? | The Competitiveness of China's Labour Costs >