Can China’s Consumers Spend Another US$790 Billion Annually? 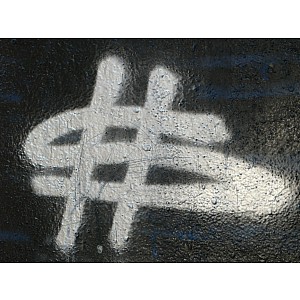 US$1.58 trillion. That’s actually the magic figure. The sum represents the total number of exports that China sent overseas last year. Amidst calls for China to rebalance its economy and shift its reliance on exports towards a more balanced, consumer driven economy, the Chinese government has been taking significant steps to stimulate domestic consumption and to create wealth within its borders by increasing the legal minimum wage. In doing so, it wants to shift dependence away from export manufacturing – represented in total by that figure of 1.58 trillion.

We’ve covered these stories on numerous occasions, and it seems an accepted given that China intends to move its economy in this direction.

In terms of salary increases, a national policy of doubling the minimum wage by 2015 appears well underway. Indeed, over the last several months we’ve reported on wage increases in Guangdong, Jiangsu, Beijing, Shanghai, Shenzhen, Hubei, and Xinjiang. We have also commented on how companies are now feeling the pinch and demonstrated that China now has the third highest labor costs in emerging Asia.

There are two major effects to this. One is that export driven manufacturing is now relocating, at least in part, to cheaper alternatives in Asia. We know this through our own experiences as a foreign direct investment practice, as our ten China offices all report certain clients moving elsewhere, or closing their China operations, while our five offices in India and two in Vietnam are experiencing something of a mini boom in terms of generating new business in those markets from export driven manufacturers keen to take advantage of the lower operating costs these countries provide. The growth we expect as a firm this year is likely to be rather more dynamic in India and Vietnam than it is for China.

The other impact is that while China has quite rapidly become more expensive to conduct business in, the average consumer is also becoming more wealthy. However, what is often forgotten is the gap in value between China losing export manufacturing revenues (taxes, duties and so on) to other competing, less expensive nations, and the ability of the new China consumer to take up the slack. In fact, in order to achieve growth, the new China consumer not only has to make up the loss of fiscal revenues caused by a retrenchment and rebalancing of the export driven economic model, it also has to outperform that retraction in terms of real value to achieve positive growth.

I’m not an economist, but I do know how to run a business. In doing so, I tend to try and keep things simple (certain readers may equate that to limited brain capacity, but the technique seems to work for me). Taking that China’s exports last year reached a value of US$1.58 trillion, it seems not unreasonable to me to suggest that in terms of moving to a more balanced economy, a movement of 50 percent of that figure to be taken up by domestic consumption would not be an unreasonable figure.

Economists and others may argue otherwise, but are still free to substitute their own percentages of that 1.58 trillion as an amount that needs to be shifted to domestic consumption to both balance the economy, and provide an increasingly affluent and demanding Chinese population with the means to purchase their objects of desire. I may well be exaggerating an amount of 50 percent, but if I’m right, then that requires the new Chinese consumer to spend an additional US$790 billion annually just to make up the difference. Let’s suggest that I am exaggerating the shift required. Maybe it’s just 10 percent. That still equates to a new Chinese consumer spend requirement of US$158 billion. Or you can make your own percentages as you prefer.

For Chinese consumers to suddenly acquire US$158 billion of disposable income means the creation of a new economy about the size of Mexico or Spain. The figure of 50 percent rebalancing requires China to acquire an additional economy the size of Brazil.

China for sure is rebalancing its economy. It is losing fiscal revenues from companies relocating to other emerging economies and its export driven model will contract. The question is, can the new Chinese consumer match that economic loss and still generate enough expenditure to meet the government’s target of 8 percent growth each year?

China has had 25 years of unfettered growth. However, the rebalancing of its economy will take a considerable amount of time. China is in a transition phase right now, and with a rebalancing act the size of the economies of Mexico, Spain or even Brazil to conjure up, it’s a recalibration that will take at least a decade to get through. The real question is whether China’s new consumers really have the money, and if not, how long it will take them to acquire it. Because if that export manufacturing is not taken up by consumer spending, China will either have to substitute it for other exports, abandon plans to move the economy towards consumption, or face a fairly long period of little or no growth to give it time to adjust.