Is China Growing Too Big?

<< Strategy more than commerce: China-New Zealand FTA Australia-China: Down under on the up >> 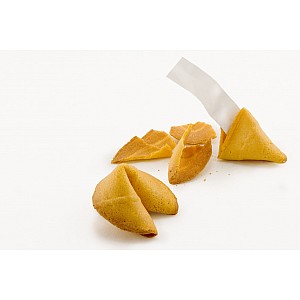 For many years now, as I’ve traveled China on business, I’ve been skeptical of the GDP growth figures. From Shenzhen to Changchun and from Wuhan to Kashgar, via Chongqing, buildings have been going up, rather like mushrooms after a rain storm, as signs of the new prosperity and growth of China.

In fact, every single Chinese city, large and small, seems to have acres of new developments – but all lying empty. The giveaway is a quick evening tour of residential and business blocks. If no lights are on, why were they built? Entire development zones with no businesses. Blocks upon blocks of high rise apartments for tens of thousands of families – all unused, empty shells instead of the dream homes the advertising hoardings proclaim they are.

Local governments and real estate developers have been working together to “improve the value of the land,” and reap income and gain growth credits for doing so, but how is the land improved if no-one is using it? In fact, land in which money has been spent to build a block of high-rises may show an increase in value on paper, but until those units are sold or rented out they have been erected at a loss. Value of land is a key indicator in China’s GDP growth figures, yet if no one is utilizing it, obviously those figures are wrong. Traveling from the airport to downtown Chongqing for example, there are masses of expensive, premium apartments and villas for sale. Chongqing’s minimum wage level is US$1,221 per annum. But priced at US$1 million each, who is going to buy them? Adding value to land only works if you have a market for the property, otherwise the valuation is just a paper exercise representing no real financial asset or gain.

The central China cities of Changsha, Hefei, Nanchang, Taiyuan, Wuhan, and Zhengzhou for example, are all part of the governments “Go Inland” campaign – encompassing these cities specifically to encourage foreign investment and to jointly promote them as alternatives to the country’s coastal cities. Yet what has happened is that these cities have taken this mandate to actively compete – not just in growth figures to make their GDP look good, but also with each other. Accordingly, we have situations like those occurring in Zhengzhou, an inland city of five million. It’s a typical Chinese city, reasonably modern, yet somewhat quiet and unassuming. FDI is present, but the logistic costs of manufacturing in Zhengzhou and then shipping globally render it unsuitable for most international exports. For Chinese domestic sales, Zhengzhou is in a great location, but it will always remain a relatively small player when it comes to pan-Asian or global trade. The geographical positioning of the city dictates this. However, the city government has built Asia’s largest exhibition and conference site there, and the statistics are impressive:

Zhengzhou is not content with that. It’s building an entirely new city – the Zhengdong New Area.

280 meter hotel and office tower, higher than the tallest building in Britain

Time required to save entire salary and buy property: 104 years

The race to develop as the preeminent central China hub is on it seems. Similar projects are underway in the other five central China cities, and the situation is repeated, over and over again in other second and third tier city groupings, all looking to become their respective regional center. Most of the development is funding by government borrowing. The vast majority of these will become white elephants, unused, expensive to maintain, while the construction debt will have to come back and be counted at some point. One wonders also about the transparency of the funding. Collusion between local government and local real estate developers is rumored to be rife. The developers buy the land and build while the government pockets the cash and can point to a job completed; yet the funds come from state and not local coffers. With state-backed loans estimated at some RMB11.4 trillion (US$1.68 trillion) for the provision of such loans, it’s the scale of the issue in China that causes serious concern. China may be getting too big for even the central government to afford, and with real national GDP growth rates (once property influences have been stripped out) of about 4 percent to 5 percent per annum, that may not be enough to keep China completely on the projected growth track until that debt can be absorbed.

While China looks a great investment play, and the developments look amazing, it is also time to be cautious and choosy about the extent of corporate investment exposure to China, especially in real estate. For business looking at inland locations for regional development and expansion, great care needs to be taken and proper operational due diligence conducted over the inherent logistics and transportation links. Geographical suitability, strategic locations and access to markets both real and promised need now, more than ever, to be taken into consideration.

<< China General Interest  < Strategy more than commerce: China-New Zealand FTA | Australia-China: Down under on the up >