Australia-China: Down under on the up

<< Is China Growing Too Big? MARKETING: Click to Add to Cart >> 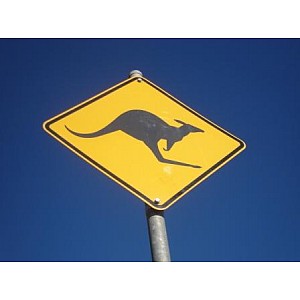 While Australia has always shared significant ties with China in terms of trade and culture, this strategic relationship has become more important than ever before. Elaine Wu from Shanghai Business Review contemplates this ever evolving and ever relevant (to New Zealand) relationship.

CHINA’S RELATIONSHIP WITH Australia has never been more important. As China’s economic engine powers ahead, leading global economic recovery, its appetite for raw materials, minerals and energy supplies continues to drive its relationship with resource-rich Australia. With each passing day, there are increasingly more high-profile commodity deals between China and Australia dominating the airwaves. Last year, PetroChina bought USD41bn of liquefied natural gas (LNG) from Australia’s Gorgon gas fields and China’s Yanzhou Coal Mining acquired Australian coal company Felix Resources for nearly USD3bn. This year, PetroChina and Royal Dutch Shell jointly offered USD3.1bn to takeover Australia’s Arrow Energy, which would give China a foothold in Australia’s burgeoning coal-seam gas industry. In March, Australia signed its largest ever LNG deal worth at least USD56bn with the China National Offshore Oil Corporation. These deals have cemented the magnitude of the Sino-Australian partnership. In 2008-09, China was Australia’s largest trading partner, with trade valued at AUD83bn (USD77bn) -- an increase of 30 per cent from the previous year, according to Australia’s Department of Foreign Affairs and Trade (DFAT).

Research from Australia’s Commonwealth Securities showed that Australia exported more than AUD42bn worth of goods and commodities to China last year, with natural resources underpinning the majority of Australia’s trade with China. While iron ore accounts for the majority of total exports to China, Australia also exports a significant amount of agricultural goods to China, including canola, live animals, fish, wine, meat and wool. In turn, China remains Australia’s largest source of imports, amounting to AUD39bn (USD36bn) in 2008-09. China’s exports are dominated by merchandise like clothing, communications equipment, computers, toys, furniture and electronics. “[Bilateral trade] grew during a time when we were right at the bottom of the global financial crisis. Both countries have shown that there is great strength and resilience in their economies. Our relationship is a strong and mutually beneficial one, reflecting the fundamental interests that we have in common,” says Tom Connor, Consul General of Australia in Shanghai.

Investment on the Rise

Although bilateral investment between the countries has lagged behind trade, it is steadily increasing. According to DFAT figures, Australia has approved more than AUD39bn (USD36bn) of Chinese investment since November 2007. In 2008, more than AUD26bn (USD24bn) of Chinese investment was in the resources sector alone. In China, Australian investment reached AUD7bn (USD6bn) in 2008, much of it in commodities sectors such as minerals and steel. BlueScope Steel is one of Australia’s leading manufacturing investors in China, and its metallic coating and painting facility in Suzhou is the largest single investment in a plant by an Australian company in China. The company has been operating in China for over 20 years in premium steel building products and pre-engineered steel buildings, with seven world-class manufacturing facilities and 2,000 employees. Another important commodity in Australia’s trade with China is wool. China has rapidly become the biggest buyer of Australian wool, creating opportunities for companies such as Michell, one of Australia’s largest exporters of wool fibre. A family-owned company since 1870, Michell now operates speciality processing facilities around the world including in Suzhou.

The expansion of China’s services sector continues to provide increasing opportunities for Australian investments. Already, more Australian service providers are engaging in lucrative business deals with Chinese companies, especially in the financial sector. Australia and New Zealand Banking Group (ANZ), the country’s fourth-largest lender, recently received preparatory approval from Chinese authorities to establish a locally incorporated banking unit in China, making it one step closer to becoming the first Australian bank to gain access to the domestic retail banking market. Australia’s other financial institutions are also increasing their China presence. Westpac Bank opened its Shanghai branch in 2008 and the Commonwealth Bank of Australia opened its first Chinese branch in Shanghai in March. “They see themselves as fitting in very well with Shanghai’s plans to become a global financial centre. As prominent players in Australia, they are very interested in being here and being part of that story,” says Connor.

There are also a number of small Australian boutique service companies operating in Shanghai that have prospered. RHK Legal, a law firm set up by Australian Richard Kimber in Shanghai in 2007, has carved a successful niche in advising on a range of legal issues, particularly in China’s dynamic M&A sector. The company has just expanded with a new office opening in Hong Kong and has just taken on Ms. Ray Lv to strengthen its M&A and IPO division. She joins from a local law firm specializing in these sectors.

China’s construction and design sector is another area where Australian companies are showcasing their expertise. Operating in China since 1993, Bovis Lend Lease offers a broad range of construction, management and design services to multinational clients. The company is headquartered in Shanghai and to date has completed over 200 projects in China. Key projects in their portfolio include the Shanghai International Expo Centre, Mary Kay Cosmetics Facility, Shanghai Racquet Club, and the Beijing Yin Tai Centre. Numerous Australian companies are playing active roles in green building construction and sustainable urban design. For instance, ASPECT Studios specialises in landscape architecture and urban design committed to providing positive outcomes through contemporary, innovative and sustainable design.

In China, the firm has worked on designing the Shanghai Nanyuan Waterfront Park, one of the largest city parks adjacent to the World Expo site, the Shanghai Baoshan Waterfront Greenbelt, and the Anhui Guangde Forest Golf Club. Total Energy Solutions is a Queensland based company that designs and installs efficient small-scale power, heating and cooling systems which reduce water and energy consumption. The company has delivered comprehensive energy conservation solutions for health providers in China, including a project that saved Shanghai’s Yue Yang Hospital more than RMB2mn a year in energy costs, representing a more than 10 per cent reduction of the hospital’s total energy use.

In China, Australia benefits from an increasingly well-liked image as the two countries embark upon more cultural exchanges. Chinese people are gaining greater exposure to Australian culture through the spread of Australian food and beverage. “Australian food is steadily becoming popular [in China] with the emergence of many talented Australian chefs, and Australian produce is well known for its quality and freshness,” explains James Sing, owner and manager of Kakadu, the only Australian-themed restaurant in Shanghai specialising in authentic, modern Australian cuisine. Australian beer and wine has also enjoyed great popularity amongst Chinese consumers. Australia is the second largest wine exporting country to China after France, and great effort is being undertaken to expose more Chinese consumers to the country’s distinct wines. ASC Fine Wines is an exclusive importer and distributor of Australian wine in China and has won awards from the Australian government for helping to develop a market for Australian wine in China. “We’re involved with a multi-faceted approach that has been crucial in the long-term development of Australian wine in China, including education, events, promotions and employment,” says Matthew Gong, public relations and communications manager for ASC.

Just Beer, an importer and distributer of Australian beers in China, was formed when two major Australian brewers, Foster’s and Lion Nathan, backed out of investments in China, leaving a void in the market for Australian beers. “A lot of companies are in the lucrative imported wine market, but very few look to tackle the beer market in China. The potential growth here is largely untapped,” says Frank Li, founding partner of Just Beer. In recent years, tourism and educational exchanges between China and Australia have been on the rise. Education and tourism make up Australia’s biggest service exports to China. With more than 140,000 students in Australian educational institutions, China is Australia’s largest source of overseas students.

China is also the fifth largest source of international tourists to Australia, while the number of Chinese visitors is expected to grow to nearly one million by 2017. As a result, travel between China and Australia has grown more than 40 per cent in the past three years, and carriers like Qantas, Australia’s national airline, are well positioned to capitalise with its daily flights between Shanghai and Sydney. “China is an extremely important market for the Qantas Group as Australia is an extremely popular destination for Chinese people. Education, trade and business links between China and Australia continue to develop, and Qantas is there to offer the best value and service for customers travelling between the two countries,” says Stephen Farquer, general manager of Qantas Airways China.

China and Australia continue to strengthen their partnership and invest significantly in their mutual development. Although recent incidences like the sentencing of four Rio Tinto employees by a Chinese court on bribery and industrial espionage charges have some analysts questioning the safety of the investment environment in China, Consul General Connor believes otherwise. “In terms of fundamental commitment by Australian and Chinese companies, there is nothing to indicate that there is anything less than an enthusiastic embrace of each other.”