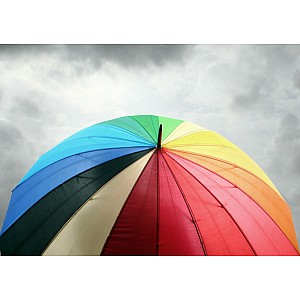 By the time this newsletter hits your mailbox, it will be 41 more sleeps and counting to the World Expo 2010. For in-depth coverage of all things Expo I highly recommend World Expo Blog.

This is in fact where I came across a ranking of the most anticipated country pavilions at the Expo.

In early 2009 Millward Brown ACSR (a market research firm) surveyed 13,000 respondents from across China to discover which Expo pavilions they were most excited about visiting. They produced a list of the top 20 most anticipated pavilions.

Unfortunately, New Zealand isn't one of them. The numbers just don’t add up entirely, especially when you compare the results to the well known Mercer city rankings. An unusual comparison I’ll admit, but with the exception of Egypt & South Africa, all the top 20 most anticipated pavilions at the Shanghai World Expo belong to countries that also have cities listed in Mercer’s Top 50 Cities for Quality of Living.

What’s wrong with the picture when New Zealand, which has two high ranking cities in the Mercer rankings (Auckland & Wellington ranked #5 & #12 respectively) but is classified as a “second choice” pavilion on the list of anticipated pavilions at the expo? Team Pacific is represented in the top 20 by Australia. Kiwis could be forgiven for asking “Where the bloody hell are we (on the list)?!”

Results from the follow up survey completed at the end 2009 revealed a more comprehensive list. New Zealand ranks as the 25th most anticipated pavilion; with 8% of respondents’ votes landing us there.

Granted, we rank favorably enough with respect to our OECD rivals, Finland & Ireland but it was also just two years ago that New Zealand signed an historic Free Trade Agreement with China.

Are there at least 13,000 potential Chinese customers who would rather buy bottles of French, Australian or South African wine before buying a bottle of New Zealand wine? Would those 13,000 potential tourists also prefer to travel to Egypt, Sweden and Germany before visiting New Zealand?

Some people, however, might say that out of 200 country pavillions our top 30 ranking is rather impressive. But I’ll ask the serious question anyway. Is New Zealand’s ranking according to this particular survey a sign of something more serious? Does New Zealand Inc. have visibility issues in China? If the answer is “Yes” or a version thereof, then how does this affect the fortunes of our exporters seeking to sell their wares in China? What can we do about it?

On the subject of visibility in China, it is interesting to note that Austrade, Australia’s government trade agency, has 14 offices in major cities throughout China. Its New Zealand counterpart, NZTE, has 4 offices. NZTE is, however, set to open an office in Shenzhen in May and have plans to open a fifth in Qingdao by the middle of the year. Now, that’s more like it.

Perhaps this is also why the New Zealand government is spending four times as much as it did on the last expo (in Aichi, Japan in 2005). Here’s hoping that the $32 million being spent goes a long way to winning over the hearts and minds of the expected 40,000 daily visitors. Our exporters are banking on it.