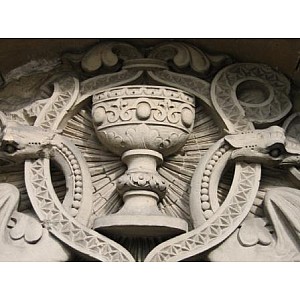 Hayleigh Davies of the Shanghai Business review explores this trend.

Ernest Hemingway once said “Wine is the most civilised thing in the world.” If this is the case, China is imbibing “civilisation” at an astonishing rate. Influenced by an influx of foreigners over the last ten years and an increase in disposable income, China’s younger trendsetters are now switching their traditional tipples in favour of red and white wines. One only has to look at Shanghai’s vast array of wine bars, compared with the previous choices of baijiu drinking jaunts, to see how far the new wine has come in China.

Recently affirming itself in the ninth slot, up from tenth, as the largest wine-consuming nation on The International Wine and Spirit Record (The IWSR) study, China is definitely one of the fastest-growing wine markets in the world. The nation is expected to move to seventh place by 2012 with a total consumption of 103.5 million nine-litre cases per year. This figure suggests a staggering increase of 36 per cent in wine consumption between 2009 and 2012, and will see China top the one-billion-bottle mark.

Although astonishing, these statistics do not actually convey the true reality and total value of the market. In fact, China’s wine intake is fairly low in comparison to other wine consuming nations, largely due to the small percentage of imports. “It’s important to remember that foreign wines face a fast-growing supply of Chinese wines,” says Ian Ford, managing director at Summergate Wines - a large wine importer and distributor to the Chinese market.

Herein lies a problem for many wine importers and distributors eager to maximise profits. Local wines account for 90 per cent of wine consumed in China. “There is currently a massive discrepancy in the knowledge and quality of wine in China, with the majority of Chinese wine drinkers ambivalent to the education of selecting and tasting quality wines,” says Julien-David Le Gentil, sales and marketing director at J-Vino Fine Wines, a Chinese-owned French fine wine importer.

The majority of wine drinkers are motivated by its trendiness and association with wealth and success rather than quality.

Poor wine knowledge is reflected from the shelves of the majority of supermarkets and convenience stores. Unlike Western markets where the average bottle of wine is sold for USD10, here in China, a bottle is sold for less than USD5. In fact, most stores only stock domestic wines, such as the well-known Great Wall brand and most of these are reds.

Many producers and distributors are now keen to correct the imbalance in wine consumption and this balancing act seems to already have its wheels in motion. According to The IWSR study, wine retail sales doubled between 2003 and 2007, while the volume of wine consumed increased by 61.59 per cent over the same period, a result of the growing number of imports. Imported wines accounted for 36.33 per cent of total wine sales in 2007, but only 9.9 per cent of total volumes consumed.

Although the wine industry is riding out the global crisis with its head held fairly high, extending imports in the China market on a wide scale will help boost profits and improve the quality of the wine industry. “Restaurant and hotel wine sales are down, a combination of fewer customers and smaller tabs,” says Summergate’s Ford. “We have been working hard to strategically develop ways in which we can capitalise on the current situation, while still keeping our eye on the long term brand position in the China market.”

“Recent studies have shown that most im¬ported wine drinkers in China have only been drinking wine for two to three years on average so wine basics are important,” adds Ford.

METRO Cash & Carry China recently launched their nationwide campaign to fur¬ther promote quality wines in China in 2009. The “Wine Offensive” runs throughout the year in all 38 METRO wholesale stores across the country. “International hotels and restaurants are still one of our largest customer groups, but the business with domestic profes¬sional customers is the one with the largest growth potential,” says Peter Schweighofer, vice president of METRO JinJiang Cash & Carry Co.

Schweighofer notes that after METRO’s kick-off show of the wine offensive in Shang¬hai, more of their domestic customers are now consulting wine specialists for profes¬sional recommendations.

Le Gentil agrees that consumer education will help to propel imports in the market. “Of course, time is a huge factor in the development of the industry, but wine clubs, tasting seminars and a lot of reading will help immensely. Decanter magazine has recently been translated into Chinese and these kind of efforts to develop palates will help to realise import profits in the market.”

The Vinexpo, alternately hosted in France and Hong Kong, is an example of large scale events that help attract global expertise and expose China and its consumers to the best quality wines from around of world.

Domaines Baron de Rothschild (DBR), one of France’s most famous vineyards, certainly thinks China holds promise and is tackling the market head-on. After years of searching, DBR signed a wine-producing deal with state-owned CITIC, which owns 30 per cent of the project. The JV, located across 60 acres near Penglai in Shangdong province, gives the French producer a foothold in a valuable market. Although the producer has been selling wine in China for over 20 years, it is thought that they have waited until the demand for quality wines reached a certain level, extending beyond expatriate and five-star hotel demands.

Those catching the market early enough by improving the quality of China’s wine production and consumer knowledge look set to reap golden profits. “China will really excel when wine is not just a symbol of wealth, but a choice in lifestyle,” notes Le Gentil.

This article first appeared in the Shangahai Business Review.