MARKETING: Branding in China ~ The challenge of selling Starbucks coffee in a tea-drinking nation and other lessons 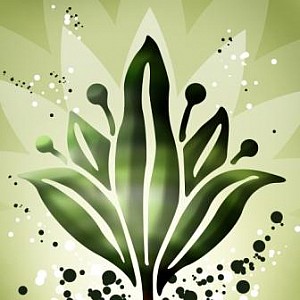 In 2009, Columbia Business School hosted a conference exploring branding in China and India. With a population of 1.3 billion, China presents an attractive market opportunity for many multinational companies, as well as some unique challenges in building and expanding a brand. Columbia Business School MBA student Daniel Spear documented the panel discussion in this report. The report was original featured in the Chazen Web Journal of International Business.

A common theme from the panelists was that Chinese consumers have little brand loyalty and are “fickle.” According to a study by McKinsey & Company, 65 percent of surveyed Chinese consumers said they often leave a store with a different brand than the one they intended to purchase.

In the United States, less than 15 percent of consumers purchase a different brand than they intended. In China, relationships between consumers and brands can be transactional and price sensitive for many product categories. Roger McDonald of Xerox noted that these attitudes derive partly from China’s history, throughout which there was no choice among brands for decades.

Now that a multitude of branded products are on the market, Chinese consumers are trying different products. Furthermore, as income levels rise, there is an influx of first-time buyers eager to try new brands.

On a related point, competition is fierce in the battle between brands controlled by foreignbased corporations and those controlled by Chinese businesses. In the consumer-product markets especially, health and safety concerns drive consumers toward local names that they know and trust.

According to one study cited by Jessica Zoob of American Express, 86 percent of Chinese surveyed claimed to trust the domestic brands, while only 53 percent claimed they would trust foreign brands. One lesson to be learned from this is that foreign-based companies should customize their products to the Chinese market.

The panelists discussed some unique ways in which they seek to market their products in order to establish and strengthen brand loyalty. Ms. Zoob noted that point-of-sale marketing is critical in China because in-store salespeople have enormous influence over consumer purchasing decisions. Mr. McDonald argued that Internet marketing is increasingly important as more Chinese consumers look to the Web for product information.

Mark Aoki-Fordham of Starbucks spoke about his company’ new advertising campaign on video screens in the Shanghai subway, where a 25-episode soap-opera series promoting Starbucks products is shown in two-minute segments. More traditional marketing techniques, such as celebrity endorsements—for example, by basketball star Yao Ming—have also proven to be effective in China. Marketing and establishing a brand for a professional-services firm, such as a law firm, can be more challenging in China. In this case, Mr. McDonald suggested, having an association with the governmental or regulatory body overseeing your business can be particularly effective. This could take the form of producing white papers or doing pro bono work for the government in an ethical way that raises the profile of your firm. In the business-to-business space, peer recommendations through word of mouth are also very important and help build a reputation for a brand.

The panelists also discussed their differing experiences in entering the Chinese market and operating with a local partner. American Express does not have a license from the Chinese government to independently issue credit cards. Instead, it forms partnerships with such banks as China CITIC to issue co-branded cards. Starbucks entered Beijing in 1999 through a jointventure agreement with a local operating partner and later expanded into Shanghai and Jiangsu and Zhejiang provinces. After China joined the World Trade Organization in 2001, Starbucks was allowed to buy back equity in those joint ventures and set up its own independent company structure. Starbucks made this strategic decision in order to maintain consistency in branding and better control over operational efficiency.

Lastly, protecting brand integrity in China was an area of interest among those who attended the conference. Mr. Aoki-Fordham from Starbucks emphasized the importance of being proactive in countering infringements on trademarks. He was encouraged by developments in the Chinese legal system over the past several years. Chinese courts are increasingly sophisticated in resolving intellectual-property-infringement cases.

However, companies in China should be sure to register their trademarks in both the English and Chinese versions. Otherwise, an enterprising local will make up a Chinese version of your company’s name with a similar logo and be able to use that trademark, because “first to file jurisdiction” applies in China.