From the Edge: Hand on Till

<< Catch 22: IP protection in China vs. boosting economic growth NZCTA Commentary: Making it in China by being smarter >> 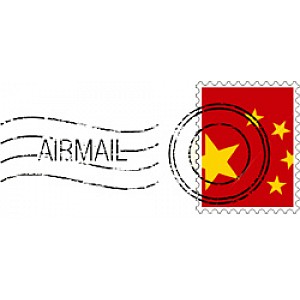 From the Edge is the collected memories and experiences of an old China hand and will run in an irregular series of articles on www.China-Briefing.com over the next couple of months.

Nov. 10 – Due diligence. These were the two most important words that I was advised to use about the China business markets. These were told to me in Hong Kong back in 1998 when as a pre-China virgin, I sat down for a briefing from the Senior China Project and Investment Manager for a major international banking client. The following day I left for Guangzhou on the train from Hung Hom.

Due diligence. The words still stand out in the mind after 11 years in a country that has been both extreme and exciting (never boring), demonstrated perhaps by the fact that I originally planned to stay only three years.

On that Monday morning in 1998, I walked into my new job in Guangzhou with all the advantages of a blind man who had mislaid his white cane. This new role was to advise foreign companies entering the market, and I thought to myself then, that in the land of the blind, the one eyed is king!

One of the first issues that raised its tyrannosaurus like head, and obviously still continues to do so, was the major problems surrounding intellectual property rights. This issue affects nearly everyone connected with doing business in China, regardless of whether the individual or organization thinks that this does not concern them.

IPR in China travels hand in hand with its ally due diligence, and these two subjects must always be treated as one. Equally, it needs to be stressed that due diligence should be entwined with every aspect of business practices in China.

However, back to the story of searching for my cane, which I must admit included tripping over a few curbs on the way.

One of my first journeys outside the relative safety of the city of Guangzhou was to the then Wild West/East city of Shenzhen and the neighboring district of Shekou. Hong Kong was then a year into its new-found experience of returning to the mainland, and looking across Shenzhen Bay, it still seemed a world away. I was asked to go and talk to a foreign manufacturer of chemicals and minerals for paints and coatings about why his local joint venture partner had fallen out with said foreign investor, and their main Chinese customer base had mysteriously vanished. Hmm, I thought, more curbs to trip over.

The company had made a US$6 million investment into a new plant on the outskirts of Shenzhen and, after operating for about two years, had found that it was unable to gain access to its own factory. It transpired also that said company had also partnered with a third shareholder, a Hong Kong businessman, who held a minority share and had been acting as the main liaison between the foreign investor and the local Shenzhen-based JV partner.

At that time, I was also introduced to the thriving and frantic social scene of Shekou, the center of which gravitated in the streets surrounding the Nanhai Hotel. It was mainly for the entertainment of the emerging and increasing offshore oil industry which used Shekou as both an operations and R&R base for its offshore South China Sea exploration and drilling work. Oil workers on R&R are a sight to behold! However, the more acceptable center of social activities was – and still is – the legendary Snake Pit, the expat-only private club initially set up with the agreement of the local PSB in order for the local authorities to attempt to keep track of a band of anarchic and liberated oil workers on R&R within the Shekou environment.

But I stray from my tale of woe, or how not to keep one’s hand on the till. I had by this time met with both the chairman and MD of the foreign investor, a not insubstantial company with an annual turnover of approximately US$2 billion and listings on both the London and Hong Kong Stock Exchanges. This visit was, they both admitted, and for me surprising, their first time in mainland China, although both had spent much time in Hong Kong, and other more salubrious parts of Asia over the past 20 years.

They were accompanied by their legal advisor, a senior partner from the Hong Kong office of a leading international law firm on a rare trip to the mainland, and the third shareholder, their Hong Kong minority partner. With the help of their Hong Kong partner and supposed ally (more later), they were trying to fix up a meeting with the Chinese JV partner, who I discovered, was a collective of local farmers and in effect the local landlord (with about 40 percent of the shares). Their ability to conduct a business on international terms was, for obvious reasons, fairly limited, and the Hong Kong partner obviously ran the show for both sides.

I also found out that only the Hong Kong minority partner had been present at the opening of the production facility in Shenzhen two years earlier, and the initial contract had been signed in Hong Kong, with all parties present, including the former chairman of the foreign investor. In fact, the chairman and CEO both admitted that nobody from the foreign investor company had ever been to the production facility until now, when it had been reported that access had been denied to a visiting regional representative based in Singapore. The foreign investor had devolved all responsibility for company set up and registration with the Chinese authorities to the Hong Kong minority shareholder, acting on the parties behalf in Shenzhen.

What, I hear you cry in despair, what in the good Lord’s name were they thinking of, not to carry out any due diligence on their considerable financial investment in what was obviously unknown territory! Fear not, this exact question was put to both the Chairman and CEO of this “cash for clunkers” program, ie how to cash in the chips from your “not the sharpest pencil in the box” foreign investor’s clunker by a canny, cynical and realistic local partner and beneficiary.

It was fascinating watching both the chairman and CEO of said foreign investor look a wee bit abashed and cast their eyes skyward when this question was put to them in the Shenzhen hotel lobby over coffee. They both admitted that their respective predecessors had set up this operation and had let the Hong Kong partner run this. They now recognized that in effect, having their “hands off the till” had led to both the Hong Kong partner and the local JV partner think that they could now run the show using other people’s money. This in effect was then happening – with a recently added much darker side – and yes you guessed it, involving the dreaded IPR issue!

It became apparent very early on that these “captains of industry,” along with their legal eagle, suspected (and quite rightly) the loyalty and subsequent actions of the Hong Kong minority partner. His obvious linkage and relationship with the local farmers union as the 40 percent JV shareholder had obviously reached levels of cooperation that far outstripped the original intention and meaning of the contract.

Things soon took a nastier turn when it was discovered after a week or so that all the machinery in the original manufacturing plant had been removed by persons unknown over the weekend. By this time legal writs were being issued in Hong Kong. However, in Shenzhen at the time, the local authorities were not too fussed over following the Hong Kong letter of the law, and much was ignored by the local authorities.

The next step to be recorded was the discovery that a couple of miles down the road, and on the same tract of land that the JV Farmers Cooperative owned, a manufacturing plant was producing exactly the same product with machinery that looked suspiciously familiar, but of course, could not be checked. On further investigation, the MD of this new business was – you guessed it – our Hong Kong minority shareholder, now JV’d in his new factory with the Farmers Cooperative.

Needless to say, the foreign investor’s local clients in China were most impressed with the much reduced price from their new supplier of a familiar product. And while the quality may have been on the questionable side, nobody appeared too worried about this detail at the time.

If I may conclude this rather salutary tale, which combines both due diligence and IPR – or the lack of them – perfectly, I think that one of my parting comments was: “Would you behave the same if this business had been set up in UK or elsewhere in Europe?” They replied at the time: “Of course not!!”

I understand that the company later moved their manufacturing business to Malaysia.

Reproduced with permission from www.China-Briefing.com

China Briefing is published by Asia Briefing Ltd, and has been produced in China since 1999. It publishes a wealth of information about China and is one of the premium English language publishing businesses in China today, including the well known monthly China Briefing magazine, a daily online business news service in addition to a large, expanding and successful portfolio of technical legal, tax and China business books as well as a national series of regional business guides.